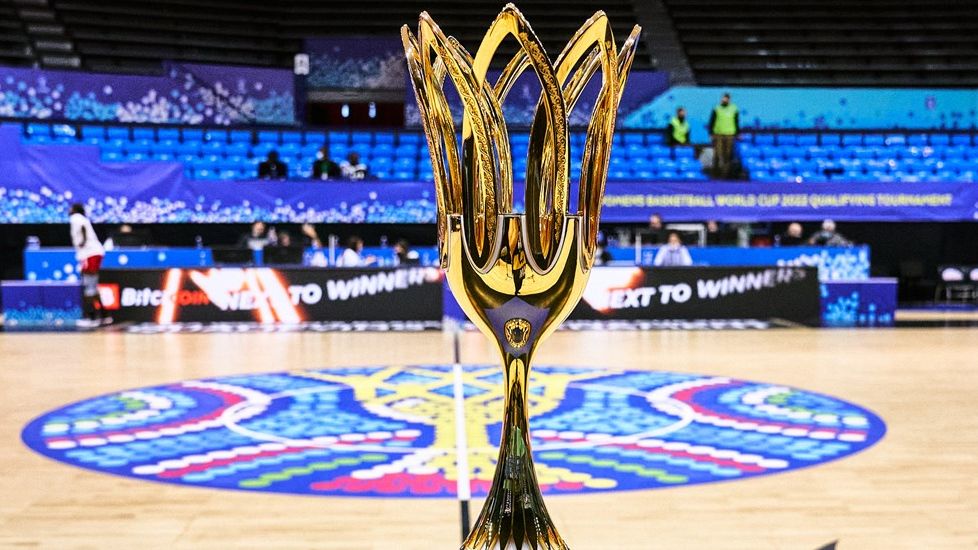 The competition will be fierce at the FIBA Women’s Basketball World Cup 2022 in Sydney, but what key question mark hangs over each nation heading into the flagship event?

For every team preparing to step out at the tournament, here’s what they may need to answer positively to increase their chances of success.

Belgium – How can they replace the scoring power and leadership of Kim Mestdagh?

There’s been a number of high profile retirements during the past year including the likes of Sue Bird, Laia Palau and Sonja Vasic for example, but it feels like Mestdagh stepping away from the Belgian Cats has been on the edge of the radar. She was integral to Belgium’s super rise to the elite level and a leading contributor. Her scoring punch was so often a pillar for success in games.

Now Belgium need to replace this second or third scorer behind Emma Meesseman. Will it come from Hind Ben Abdelkader who can score in a hurry, or will the team collectively make up for the loss of buckets? Replacing that leadership and experience will be more difficult.

Bosnia and Herzegovina – Are they really a one (brilliant) baller team?

Of course, it’s an easy observation to make. When you have one of the top basketball players in the world as the centerpiece of your team and it collides with unprecedented results and historical high points, it has become all about the amazing Jonquel Jones. Head coach Goran Lojo is adamant that as brilliant as she is, the team is also important.

JJ herself has echoed these sentiments. As Bosnia and Herzegovina prepare to debut in Sydney, it’s also absolutely critical that the rest of the players step up and prove beyond doubt that they are not a one-baller team.

China – Do they have the mental resilience to win the crunch games down the tournament stretch?

It’s becoming a theme now that China are being talked about as a leading contender at events. It was the same for Tokyo 2020 and then at the FIBA Women’s Asia Cup 2021. At both major events they came up short, losing in the Olympic Quarter-Finals and being pipped by arch rivals Japan in Amman.

China underlined at the FIBA Women’s Basketball World Cup 2022 Qualifying Tournament that they have all of the ingredients needed for a medal in Sydney. The talent, the depth, the defense, the inside and outside balance offensively.

But, when it comes to crunch time in this tournament in the latter stages, can they finally win a really, really big basketball game and show the mental toughness needed to match expectations?

Korea – Can they somehow manage without their marquee star Jisu Park?

The news that Park is not likely to lineup is a crushing blow to Korea. She is a colossus at both ends of the court and her absence leaves an immeasurable void. Her shot-blocking on defense is so awesome and she draws so much attention from the opposition.

With her on board at Tokyo 2020, Korea was very competitive, and we saw this at the Qualifying Tournament for Sydney too. When she played Korea won the game they needed to, but when she sat out injured, they looked a pale shadow.

She leaves a serious lack of size on the roster and a lot of scoring needing to be made up by other members of the roster.

Puerto Rico – How can they neutralize the size advantage other teams have?

Bottom of the rebounding charts at Tokyo 2020 and the FIBA Women’s Basketball World Cup 2018, competing on the glass at both ends of the floor is a major challenge for Puerto Rico. However, it is about much more than this.

There’s an added challenge all over the floor when you don’t have the height and depth of players like all your rivals. Somehow Puerto Rico need to overcome this obstacle and their defensive strategies in particualr will be hugely important. Get it wrong and they will get beaten up like clockwork inside.

Losing legends can be a blow even for the deepest talent pool and most powerful and successful team on the planet.

It will be fascinating to see who Cheryl Reeve goes with in the backcourt now the long-serving Sue Bird and Diana Taurasi are no longer in situ.

Will it be Jewell Lloyd, Kelsey Plum, Arike Ogunbowale or Sabrina Ionescu pulling the strings?

The Opals have a real nice roster with many top ballers, but perhaps no obvious choice for the clutch.

Maybe that is an issue for Coach Brondello in tight games. Throwing the ball to a Sami Whitcomb for example is one option, plus a number of forward players, but they don’t necessarily have a truly dominant baller or leader like many other nations – or as was the case with Liz Cambage when they won silver in Tenerife four years ago.

Australia will rely on their team concepts and moving the ball. But just sometimes, you need a marquee player to take over and carry your team through tough situations for the win.

Canada – Will Kia Nurse play and be at her best?

The highly influential Kia Nurse missed the Qualifying Tournament with injury and there is a question mark against how she will go if she suits up for the competition having not had her usual WNBA season.

The quality of Nurse is integral to Canada and it would be a blow if she was not at her best and able to produce the kind of eye-catching performances and numbers of previous events.

France – How fragile is their confidence after Belgrade?

It will be fascinating to see what frame of mind France have when they step out in Sydney and specifically, if they are in any difficult situations early. What happened at the Qualifying Tournament was humbling for this women’s basketball giant as Jean-Aime Toupane and his team lost to Nigeria and were played off the court by China.

That also came off the back of a loss to Ukraine in FIBA Women’s EuroBasket Qualifying last November. Sandrine Gruda’s return for Sydney was going to be a huge boost, but now that it won’t happen, it’s made things more difficult.

Can France still stand strong and come through the ‘Group of Death’?

Japan – What’s Plan B when it’s not raining from downtown?

Ramu Tokashiki, Himawari Akaho, Stephanie Mawuli and Maki Takada hold the key to Japan challenging for another podium spot off the back of that Olympic silver medal.

Everyone knows the three-point shooting range and depth of the team is immense, even in transition, but the forwards need to show some strength inside and especially when shots are not dropping.

Japan need to turn up the dial on their finishing at the hoop so there’s a solid Plan B when they’re having a bad day from the perimeter.

Mali – We all love Sika Kone, but who else has got game?

As brilliant as she is, rising star Sika Kone can’t do it all for Mali and so the big question is definitely whether those around her can step up and offer second and third scoring contributions.

It’s not rocket science that Kone will get a lot of defensive attention now as the centerpiece of this Mali side and her teammates must take full advantage of the space that will create elsewhere on the floor.

Serbia – Can they keep it ugly and win with their suffocating defence?

In past tournaments and during their incredible rise to prominence on the global stage, Serbia have won the biggest games by so many different means.

They have stood toe-to-toe with many big-hitters, running and gunning, while other times they have slugged it out to take a low scoring victory.

This time, without four of the starting five that larely helped them win so many medals, it must be the second option.

Without the firepower to keep pace like previous tournaments, will their defence be enough?