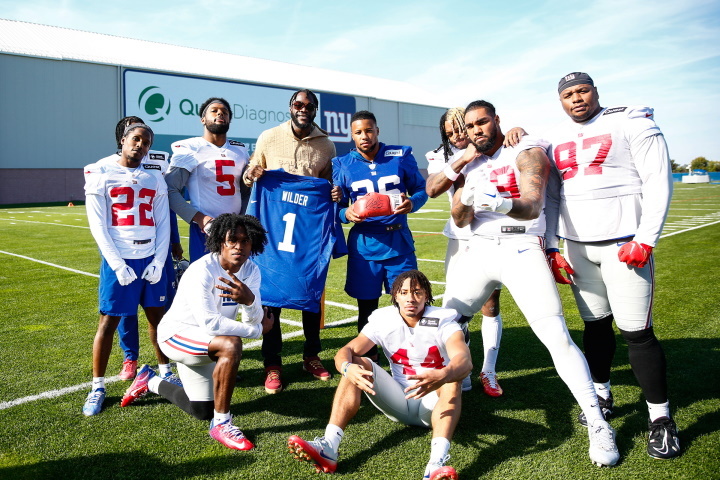 The pay-per-view telecast begins at 9 p.m. ET/6 p.m. PT and will see Wilder look to make his first step toward becoming a two-time heavyweight champion with an emphatic victory over the hard-hitting Helenius. Wilder’s first title reign saw him rack up an astounding 10 consecutive successful defenses and a staggering 91.1% knockout rate, combining to make him one of the biggest stars in the sport today.

Tickets for the event, which is promoted by BombZquad Promotions and TGB Promotions, are on sale now and can be purchased through seatgeek.com and barclayscenter.com. Tickets are also available for purchase in-person at the American Express Box Office at Barclays Center.

On Wilder’s tour of the Giants facility, he met with General Manager Joe Schoen, Head Coach Brian Daboll, star running back Saquon Barkley and other members of the team, as the 4-1 Giants look to continue their surprising early-season success against the Baltimore Ravens this Sunday.