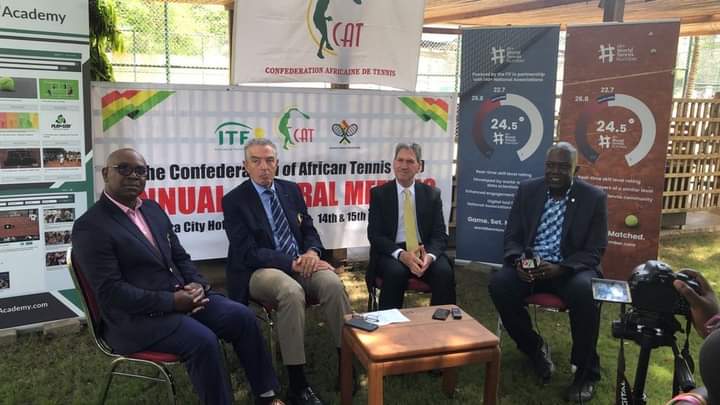 Mr. Haggerty speaking at the press launch said, “Ghana is a big country rich in culture and sports, that is why we are here to improve the game. The GTF should concentrate on building a National Tennis Centre to get more players into the game.”

According to Mr. Nelson Amanze, one of the CAT vice presidents who doubles as President of Botswana Tennis Federation said, “We will make sure that each country has it’s coaching development plan. This will be based on whether they specialise in development, intermediate or elite coaching.”

Mr. Amanze added that the programs they will develop will be in line with those of the International Tennis Association (ITF).

In his closing remarks, ITF President David Haggerty said “I could see the potential of the people because after the walk this morning I realised that Ghana is blessed with plenty of talents, that’s why I urge the GTF to focus on the national tennis centre.”