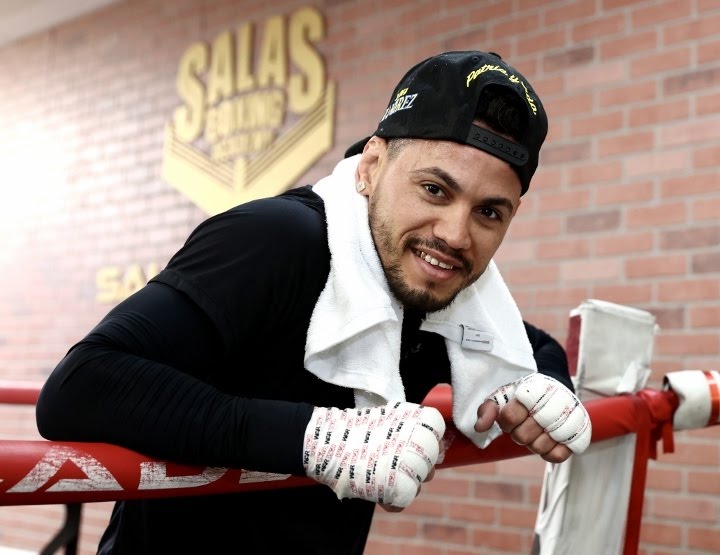 Robeisy Ramirez revamped his career when he hooked up with veteran trainer Ismael Salas in Las Vegas.

After their paired up, Ramirez put together chain of victories that has him at the gates of a fight for a world title in the featherweight division, something that could happen sometime in 2023.

The Cuban trainer is convinced that his pupil, a two-time Olympic champion, is going to become a beltholder sooner than later.

There is talk of a potential showdown with former world champion Isaac Dogoe, for the vacant WBO featherweight title.

Emanuel Navrarrete, who owns the WBO belt at 126-pounds, is heading up to 130-pounds to pursue other opportunities.

“Everything is pointing [to a world title fight], we’re looking to see if we can make his next fight for the championship. We have great opportunities, with Vaquero Navarrete fighting at 130 pounds. That gives us the opportunity to match [those ranked at] one and two [for the vacant WBO title], Dogboe against Robeisy. There is nothing confirmed, but Robeisy is already in the training camp,” Salas told George Ebro.

“I don’t include myself in the decision making. I am a coach. They just give me the date, the opponent and there we go. I can give ideas, but I never determine management and promotion. The fundamental thing is that we have already established with Robeisy the coordination between physical preparation and boxing technique. With Larry Wade being a great coach, we’ve seen Robeisy’s development from the moment he got to what he is today. Robeisy’s talent is enormous, his intelligence. With the technique everything was fine, but he lacked the physical and mental, which little by little you adapt in professional boxing. We no longer fight for a medal but for a belt that means money to support the family. What has changed the most is the emergence of power.

“[Dogboe] is a warrior, but he has already been dropped by Jesse Magdaleno who is not a great puncher and went down with Vaquero. It has been seen that until the last bell, he does not stop fighting. The fight against Dogboe will be the doorway to greatness for Robeisy. With everything he’s done, I can still say he’s on his way to greatness. If we surpass Dogboe’s challenge, we are already talking about a pound for pound [fighter].”