Ioka held a public workout before his fight with Franco 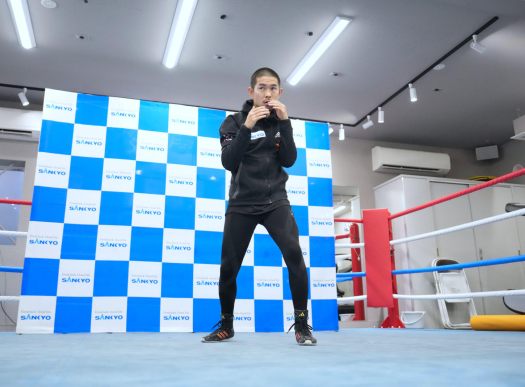 Kazuto Ioka did a public training session before his fight on December 31 against the World Boxing Association (WBA) champion, Joshua Franco. The Japanese, who holds the WBO super flyweight title, is ready to defend his home and made this known during his routine, in which dozens of journalists and photographers.

The Ota-City General Gymnasium in Tokyo, Japan, will host the usual end-of-the-year boxing event and it will be the unification fight between the local fighter and the dangerous WBA champion.

Ioka made some movements and performed several soft routines along with his trainer, Ismael Salas to show his physical condition and talked about the fight with those who attended the event.

The 33-year-old Japanese was confident and assured that he will give everything in the ring to win despite the quality of the opponent he has in front of him.

The fight between Ioka and Franco will close a great year for boxing and will be a very interesting confrontation between two champions who are going through a great moment. The home fighter has 29 wins, 2 losses and 15 knockouts, while the visitor has 18 wins, 1 loss, 2 draws and 8 knockouts.