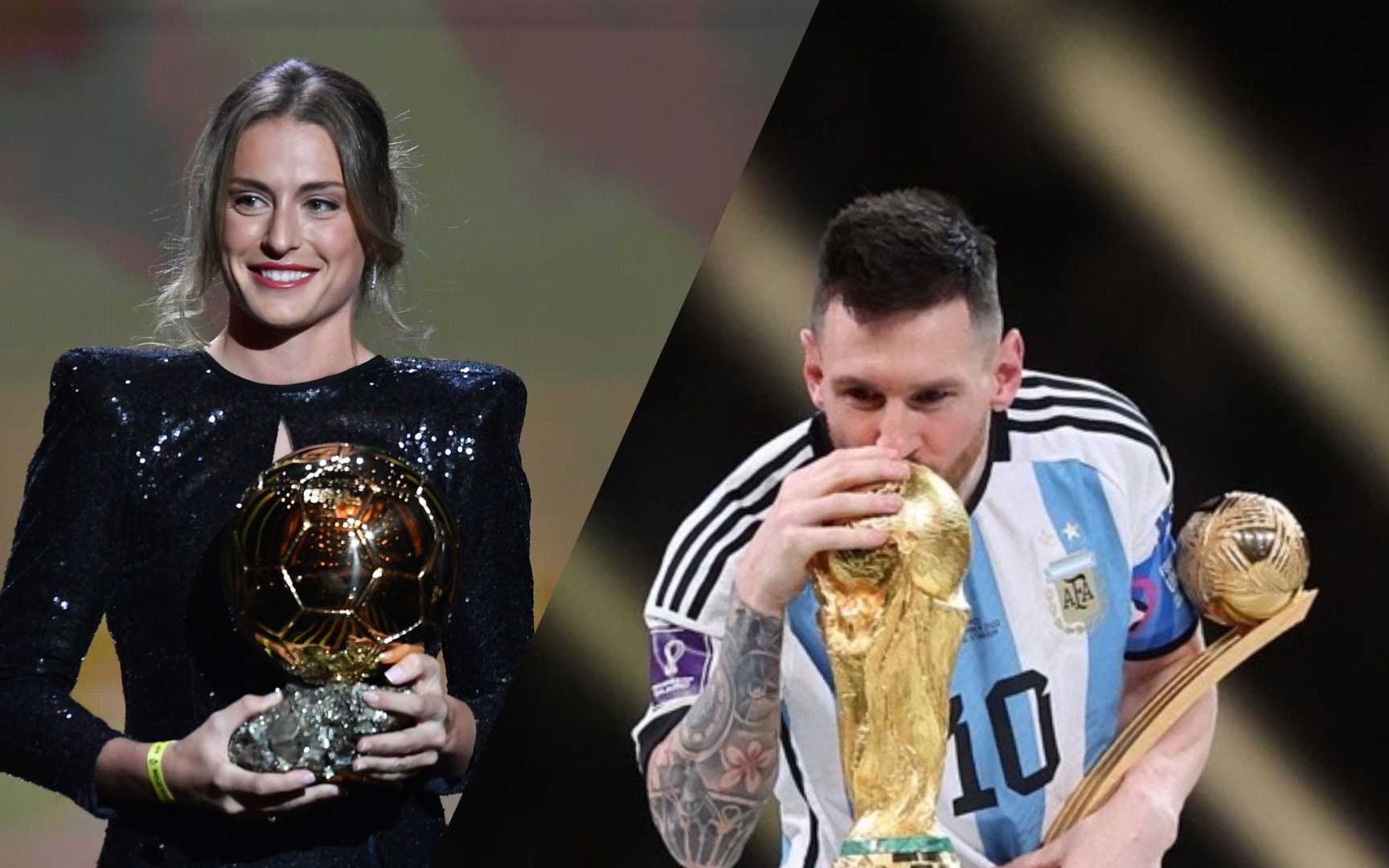 December 30, 2022
Alexia Putellas and Lionel Messi elected as 2022 AIPS Athletes of the Year: As voted by 113 countries

LAUSANNE, December 30, 2022 – Spanish football star Alexia Putellas and Argentinian World Cup winner Lionel Messi have been named AIPS Athletes of the Year for the 2022 edition. This results from a poll by the International Sports Press Association (AIPS), where a panel of 420 journalists from 113 countries voted for the Champions of 2022.

After having reached second place in the 2021 edition, Alexia Putellas established herself as the winner of the award for the first time. She scooped first place with a total amount of 452 points collected. Second place has been reached by American Swimmer Katie Ledecky with 295 points, with Venezuelan Yulimar Rojas in third place with 243 points.

By establishing himself as one of the most prominent champions of all time in football and all sports, the Argentinian star scooped first place in this year’s edition with a total amount of 962 points collected. Second place has been reached by Swedish Pole Vaulter Armand Duplantis with 373 points, with French Footballer Kylian Mbappé in third place with 366 points.

THE FEMALE CHAMPION OF THE YEAR Alexia Putellas was born on February 4, 1994, in Mollet del Vallès, Catalonia, Spain; she swept every major individual football award in 2022, essentially picking up where she left off in 2021 when she won the UEFA Women’s Player of the Year, the Ballon d’Or Feminin and the FIFA Women’s Best Player.

From a small town 25 kilometres outside Barcelona to the top of the football world, the FC Barcelona and Spain star has now clinched her first AIPS Athlete of the Year award.

Despite being sidelined half the year with an anterior cruciate ligament (ACL) injury, her consistently stunning performances prior already placed her in a class of her own. The 28-year-old dynamic midfielder played a key role in Barcelona’s success last season, scoring 18 league goals and providing 15 league assists as she propelled the Spanish giants to a domestic treble. The Catalan side was beaten by Olympique Lyonnais Féminin in the final of the women’s Champions League last season but Putellas finished as the top scorer of the competition with 11 goals and she was named Player of the Tournament.

Putellas is currently on the road to recovery due to the ACL injury she suffered on the eve of the UEFA Women’s EURO. Her absence was a huge blow to Spain. A few days before sustaining the injury, Putellas became the first Spain women’s national team footballer to reach 100 caps for her country.

THE MALE CHAMPION OF THE YEAR Lionel Messi lived a history-making 2022 season. By lifting the FIFA World Cup trophy after a remarkable campaign in Qatar, crowned in the end with an unforgettable final won against France on December 18, 2022, at Lusail Stadium (4-2 the final score after penalties), he established himself once and for all as one of the most prominent football player and athletes in the history of sports in general.

At the 2022 World Cup, Lionel Messi joined a handful of footballers who played in five different editions of the competition. He netted six goals across four previous editions of the tournament, adding another seven marks in 2022 featuring the second-best striker (in terms of goals scored) only after French star Kylian Mbappè.

With Argentina, he also won the COMEMBOL-UEFA Cup of Nation (the so-called “Finalissima”) against Italy on June 1, 2022, at Wembley Stadium in London, England (3-0 final score), an international trophy established for the first time in 1985 in which feature the Copa America winner from South America against the UEFA EURO winner from Europe.

AIPS members from the following nations participated in the Best of 2022 poll (countries are listed in alphabetical order):