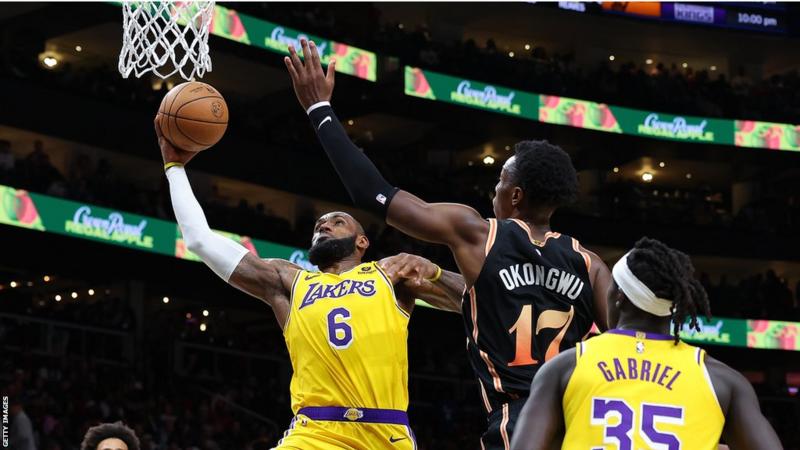 LeBron James scored a season-high 47 points on his 38th birthday as the Los Angeles Lakers beat the Atlanta Hawks 130-121.

He also made 10 rebounds and nine assists at the State Farm Arena in Atlanta.

The Hawks led by 15 points at half-time, but James scored 13 in the third quarter and 16 in the fourth for a Lakers side missing Anthony Davis.

James said he promised his team-mates 40 points before the game.

“I called it,” he said after completing his third game in four nights.

“I told them before the game. I had to make it happen. I didn’t even know it was three in four nights. I just knew I had to get my mind and body ready to go.

“It’s a treat to have my family here and support me on the road, on my birthday. It’s very important to me because they are the rock of everything I do – my mom and my wife and my family.”

James scored 48 points against the Hawks on his 25th birthday in 2009.

The Lakers remain third from bottom of the NBA Western Conference, while the Hawks are ninth in the Eastern.