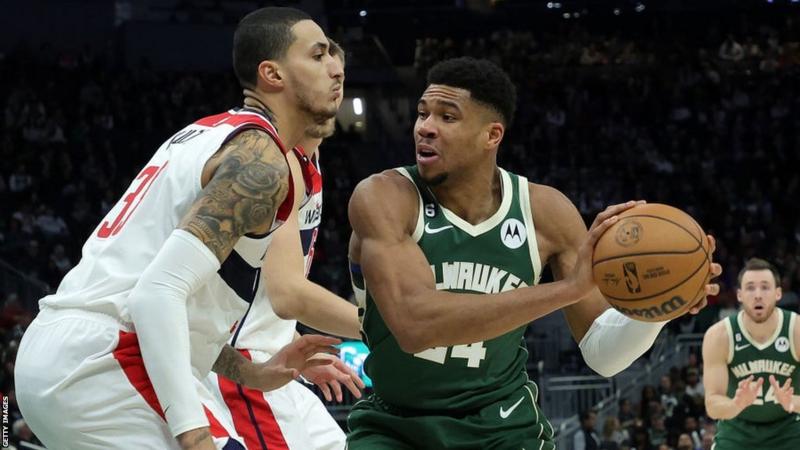 Giannis Antetokounmpo scored a career-high 55 points as the Milwaukee Bucks claimed a 123-113 victory against the Washington Wizards.

It was the fourth time in his career that Antetokounmpo has scored more than 50 points in a game.

“I work hard. A lot of people think my game is boring, but I’m doing everything to improve,” he said.

Two-time NBA Most Valuable Player Antetokounmpo, who holds dual Greek and Nigerian citizenship, added: “I tried to make the right decisions, to stay aggressive throughout, to do everything for the team to win.”

His Bucks team-mate Bobby Portis came off the bench to score 17 points and 13 rebounds.

Sacramento’s De’Aaron Fox made a layup with four tenths of a second left on the clock to hand the Kings a two-point lead before Lauri Markkanen’s three-point shot on the buzzer was ruled out after initially being given for Utah.

Fox scored 22 of his 37 points in the fourth quarter to move Sacramento into first place in the Pacific Division.

The Celtics allowed 40 points in the second quarter and shipped 48 points in third quarter – and had guard Marcus Smart ejected after he received his second technical foul with 2:46 remaining in the third.