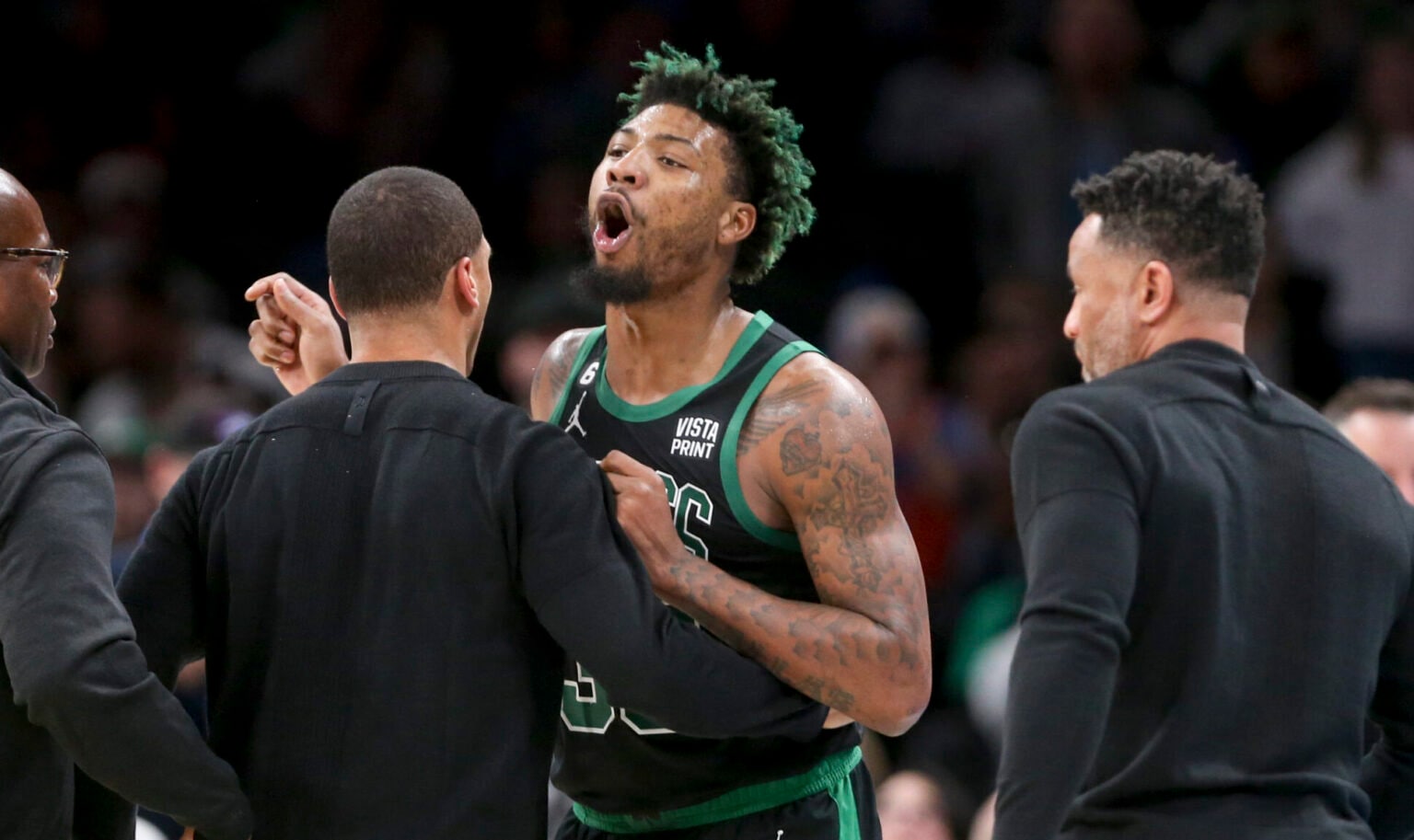 Boston Celtics guard Marcus Smart has been fined $35,000 for directing inappropriate language toward a game official, it was announced today by Joe Dumars, Executive Vice President, Head of Basketball Operations.

The incident, for which Smart was assessed a second technical foul and ejected, occurred with 2:46 remaining in the third quarter of the Celtics’ 150-117 loss to the Oklahoma City Thunder on Jan. 3 at Paycom Center.

This is the fourth time that Smart — who played college basketball at Oklahoma State — has been fined for an incident that occurred during a Celtics-Thunder game. Here’s a quick recap:

According to Spotrac, Smart has now been fined a total of roughly $495,000 over his nine-year NBA career.