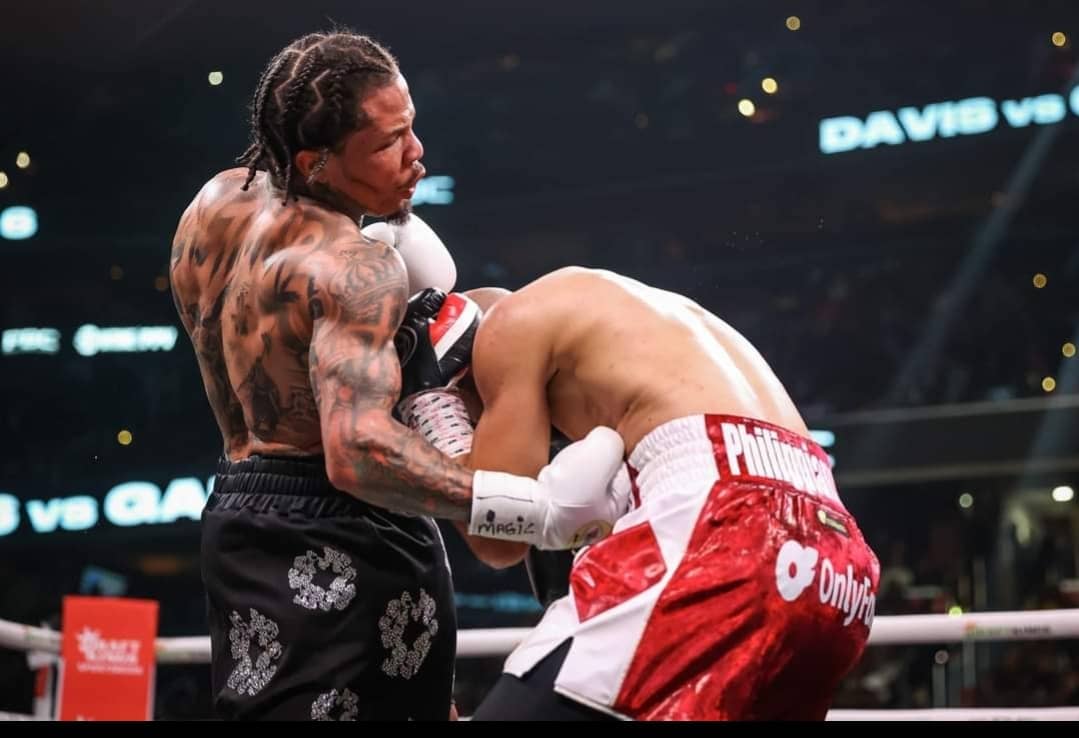 One Garcia down, one to go.

After a slow start, lightweight superstar Gervonta “Tank” Davis (28-0, 26 KOs) relied on his trademark power to force 130-pound titleholder Hector Luis Garcia (16-1, 10 KOs) into submission on Saturday inside Capital One Arena, in the final step before a proposed April showdown with fellow unbeaten Ryan Garcia.

Davis, a native of nearby Baltimore, kept his poise and focus despite a tumultuous training camp that saw the 28-year-old spend a night in prison the week before the fight following a misdemeanor arrest for domestic assault.

Garcia, a 31-year-old who boxed for his native Dominican Republic at the 2016 Olympics, relied on his technique and length to force the shorter Davis to take his time in the early going. But the action picked up considerably in Round 4 as the pair of southpaws traded big shots at close range.

The action continued until Round 8 when a fight in the first two rows of the crowd caused a bizarre halt to the action as ringside security sorted things out. When the fight restarted, Davis began to walk Garcia down with big left hands and appeared to briefly buckle him before the end of the round.

Garcia, who complained to his corner after the round that he couldn’t see, was unable to answer the bell for the start of Round 9, giving Davis the TKO victory to retain his secondary WBA lightweight title.

“When I got the shots to the head in the final round, I couldn’t see anymore,” Garcia said.

Despite a game effort from Garcia, who operated within punching range throughout and was willing to trade shots with a bigger puncher, Davis outlanded his foe by a margin of 99 to 55, according to ShoStats. Davis also landed an incredible 53% of his power punches.

“I feel as though I have stuff to work on,” Davis said. “I’m a fighter and I’m not retired so my cup is never full. I’m always willing to learn.

“[I struggled] a little bit because I don’t fight southpaws that often but it’s OK because that’s part of the game.”

Garcia had enjoyed a breakout 2022, handing the first defeat to Chris Colbert before capturing the WBA 130-pound title over Roger Gutierrez to become a dark horse in the fighter of the year conversation.

After the fight, Davis admitted the only opponent who has the chance to defeat him is himself.

“[I need to] bring my people in close and listen to my close ones and listen to [adviser] Al Haymon and just stay focused,” Davis said. “There are a lot of bumps in the road but as long as we stay focused together, that’s how I will make longevity in this sport.”

The undercard saw Jaron “Boots” Ennis fail to record a knockout for the first time since 2017 as he cruised to victory over Karen Chukhadzhian. Ennis went the distance — the first time he had been beyond the sixth round — as he found Chukhadzhian tough to land cleanly on. Plus, Roiman Villa rallied late to stun Rashidi Ellis by majority decision. Villa scored two knockdowns in the final round to give himself the edge on two of the judges’ scorecards. And Demetrius Andrade was successful in his debut at super middleweight as he handled  Demond Nicholson with ease by decision.

CBS Sports was with you throughout the entire way on Saturday with the live results and highlights below.