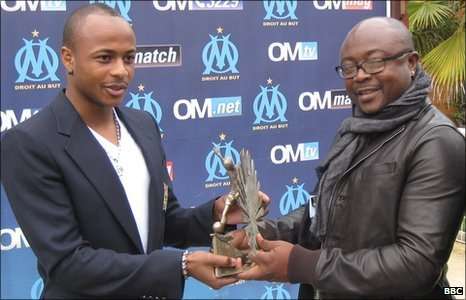 A lot of clubs have set their sight on Ghanaian international Andre Ayew, Abedi Pele has confirmed.

The 24-year-old Olympique Marseille midfielder, who has been heavily linked with a move to the Premier League and Serie, has not publicly admitted that he wants out of the Stade Velodrome.

But with his contract due to finish at the end of the season, there is no sign of him agreeing to pen an extension.

And his father, Abedi Pele has now broken his silence on the matter, telling tuttomercatoweb: “Yes, it is true, but now though he want to play and win with the Olympique Marseille. Then he expects to move; there are opportunities both in England and in Italy. Let’s wait.”

“There are no preferences. Certainly, in Italy there are great teams, like Inter, Milan, Napoli, Juventus, but no contact yet,” Abedi said.

Liverpool and Everton have also been linked with the Ghana international, who has been with Marseille since 2005.

Ayew has made 141 Ligue 1 appearances and scored 36 goals for Marseille.