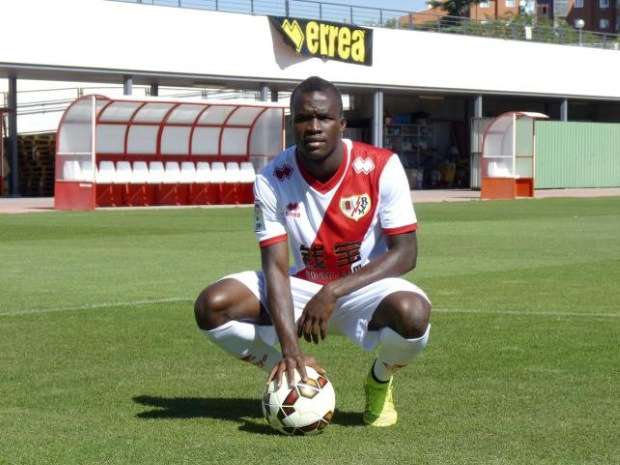 9Ghanaian midfielder Mohammed Fatau has been sidelined for six weeks with a thigh muscle tear.

The 21-year-old, , currently on loan at Rayo Vallecano, was injured during the encounter with Almería last weekend in La Liga

The Spanish Primera side has confirmed that Fatau has suffered a muscle fibre tear in the femoral biceps in his left thigh and as such, it will take at least six weeks to recover fully.

Signed on loan from Granada this summer, the midfielder has taken time to settle in and hadn’t featured frequently so far, with the start against Almería only his second in La Liga for Rayo.

However, manager Paco Jémez suggested that the news the player will now be unavailable until after Christmas, is still a blow to his plans, given his desire to utilise Fatau more over the coming weeks.