Richie Commey and opponent weigh-in for fight in Denmark 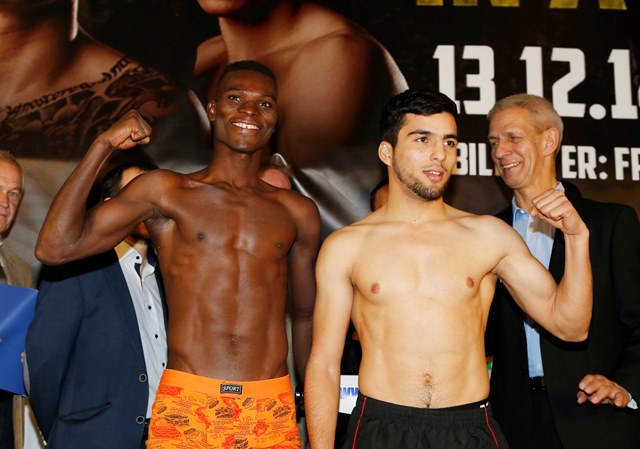 Commey and Ziani ready to rumble in Copenhagen

Commey and Ziani ready to rumble in Copenhagen

Richie Commey is keen to maintain his perfect career record

Richard Oblitey has arrived in Denmark and successfully made the weight for tomorrow night’s bout against France Super Featherweight champion, Samir Ziani on the Nordic Fight Night at the Albertslund MusikTeatret in Copenhagen.

Undefeated Commey (18-0, 17 KOs), the Commonwealth Lightweight champion seeks another victory that should push him ever closer to a world title shot against the promising Ziani (17-1-1, 3 KOs).

Richard Commey weighed in at 61.6 kg and his opponent, Samir Ziani weighed in at 60.3 kg at Friday morning’s weigh-in in the Denmark capital, both successful thus setting the stage for their clash on the Nordic Fight bill on Saturday night.

“My aim is to become world champion. I want to put myself into contention for a world title challenge next year,” Commey had said ahead of the trip to Scandinavia.

“I’m really looking forward to Saturday. I want to impress, and that’s exactly what I intend to do. The Danish fans can expect excitement and a quality performance with a little something special thrown in,” the ‘Azonto’ boxer added.

Said promoter Nisse Sauerland: “We’re delighted to have Richard fighting on our show. He is one of the most exciting lightweights on the planet and will be an excellent addition to the line up.”