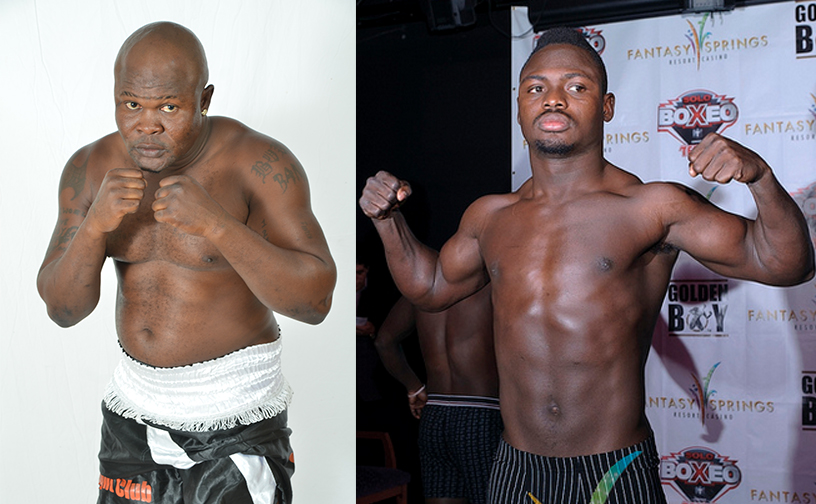 Banku says he will fight Bastie but first he must be paid a whooping 60,000 Ghana Cedis

The news broke at the beginning of November that Bukom Banku had declared he will only fight Bastie Samir if Asamoah Gyan will promote the fight and now the boxer has reiterated the appeal right to the face of the President of BabyJet Promotions.

Unbeaten Banku (27-0, 22 KOs) is demanding an unprecedented ¢60,000 (yes sixty thousand Ghana Cedis) purse to take to the ring against the also undefeated

Samir (14-0-1, 14 KOs) who began his professional career in the USA where he still lives and trains under the tutelage of pound-for-pound king, Floyd ‘Money’ Mayweather.

Banku, real name Braimah Kamoko took the opportunity offered him in the ring during last Friday’s BabyJet Promotions fight night at the Accra Sports Stadium to extend the appeal to Gyan himself who was at ringside for the bill headlined by the WBA Intercontinental Lightweight championship which saw Emmanuel Tagoe defeated Sadiki Momba of Tanzania.

“I want to fight Bastie Samir, the fight will surely come on,” Kamoko rubbished any suggestions he is afraid of taking on the US based Samir.

“So Asamoah Gyan I want you to promote the fight, people say I’m afraid but that fight will come on but you will pay me ¢60,000 (in his words 600 million old Ghana Cedis),” Banku minced no words.