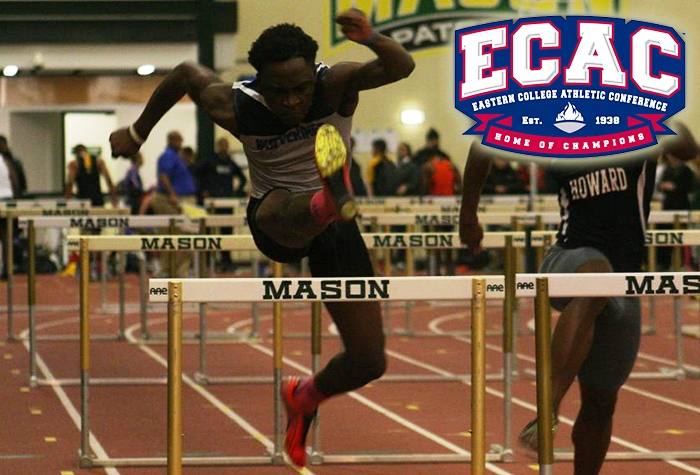 Wesley College’s Roland Attoh-Okine has been named the eastern College Athletic Conference Division III South Men’s Track & Field Rookie of the Week, it was announced by the league office on Wednesday night.

This is the first time that Attoh-Okine has received a weekly award in his collegiate career.

A freshman from Newark, Del., Attoh-Okine, in his outdoor season-debut, clocked a 14.75 in the 110m hurdles at the Colonial Relays hosted by William & Mary last Saturday.

Attoh-Okine’s mark ranks 10th in the whole of the United States and is the top time among freshman.

Attoh-Okine also led off the Wolverines’ sprint medley relay which set a school-record in 3:31.10.

The Wolverines return to the track on Saturday, April 11 at the Loyola/Hopkins Invitational in Baltimore, Md.