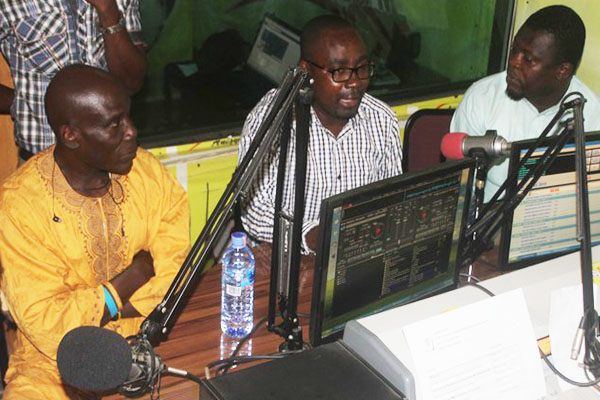 Ghana’s number one Sports Station, Happy FM have launched the third edition of the Sports Fans Award for the year 2015 billed to be staged at the plush Best Western Premier Hotel at Airport, Accra on December 26.

Black Stars coach, Avram Grant and his two captains, Asamoah Gyan and Andre Ayew will be gunning for the Sports Personality of the Year award which seeks to reward an exceptional performer for the year under review.

Coach Grant led the Black Stars to the finals of the 2015 Africa Cup of Nations where Gyan played a key role in ensuring that the Stars chalked that feat and was in blistering form for Al Ain before switching to Chinese side Shanghai SIPG where he scored four in eight games. Andre Ayew also emerged as top scorer of the AFCON and is currently doing very well for Premier League side Swansea City having found the net six times already.

Other categories which would be heavily contested are Footballer of the year where Udinese’s Agyemang Badu, Torino’s Afriyie Acquah and Andre Ayew will battle it out and the Ghana Premier League Player of the Year which will see the likes of Eric Opoku, Sabahn Laryea, Ahmed Adams and Kennedy Ashia fighting for the coveted award.

Below is the full list of nominees for the awards:

Sports Personality of the Year (Over all) – Andre Ayew, Asamoah Gyan, Avram Grant