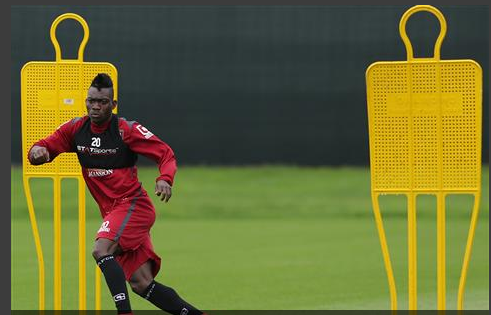 Christian Atsu has returned to Bournemouth after three months of treatment on a stress fracture to his shin.

The 23-year-old joined the Cherries on loan in the summer but has made just two appearances this season, both in the Capital One Cup.

Atsu missed a couple of weeks after hurting his back during pre-season before sustaining his shin injury while on international duty with Ghana in September.

He is now back with the Cherries and could be back in action in January as he looks to stake his claim for a Stamford Bridge future.

The Ghana international will be monitored in training and could be in contention to return in early January.

“Chris has been out for some time so we are building him up slowly and managing him so he doesn’t break down again,” Cherries assistant boss Jason Tindall told the Daily Echo.

“When a player has been out for a number of weeks, they need a good few training sessions under their belt to make sure there is no recurrence of the injury or no further damage.

“They need to get that sharpness and fitness back which they are going to need to perform in games. “We are at the stage with Chris where he has only trained for a couple of days since he has been back.

“He will be assessed week by week and, hopefully, we will have him back available for selection in the next three weeks or so, providing everything goes to plan.”