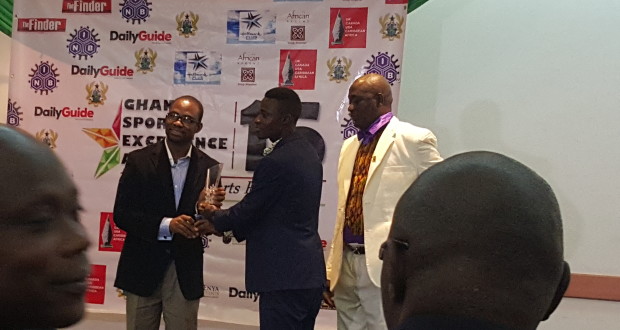 Seklorwu at the Commonweath 2015 Youth Games

The award was the second picked up by Seklorwu as he also won the Male Athlete of the year ahead of Ayew, Darko and Patrick Obeng, who is a physicaly challenged athlete.

Nafisatu Umaru was named the Best Female Athlete while, Sani Brown of Japan took the Best Male Diasporan Athlete ahead of Jerome Boateng of Bayern Munich, Kwabena Appiah of the Wellington Phoenix football club and Memphis Depay of Manchester United.

Brown is the current World Youth Athletics Champions in the 100 and 200 metres and has a Ghanaian father and a Japanese mother.

The other nominees in the category all have a Ghanaian parent thus their entry into the awards ceremony.