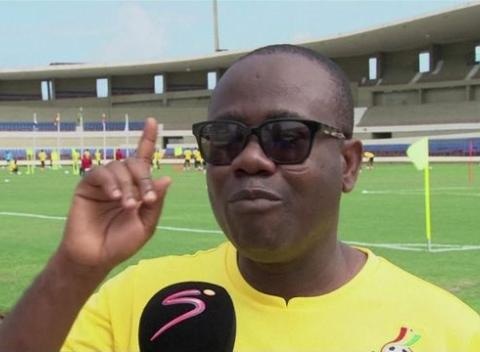 It has been ten years since incumbent president of the Ghana Football Association, Kwesi Nyantakyi took over the baton to lead the affairs of Ghana football.

Since taking over the driving seat of the Ghana FA, local football has lost the euphoria that made it one of the best leagues in the continent.

It is believed that Nyantakyi-led administration give low attention to local football, but the Wa All Stars bankroller says since taking over office in 2005, the FA have done a lot to take the league to height it never achieved.

“Even as recent as two years ago when First Capital Plus Bank now Capital Bank came on board,  the sponsorship was agreed at $ 2 million figure and it continued like that until the bank decided to do a restructuring which has resulted in certain decisions that has been communicated to us.

“Besides that, Super Sport advent on the scene is also a new chapter in our sponsorship relationships. Because Super Sports has ensured that our football games are on television. People can watch our games at home and abroad and that has brought some professionalism to the league.

“In terms of legislation, we’ve done a lot to make the league attractive. We have introduced registration for clubs for strips. In the past, clubs had their own colours and on some occasions there were clashes of colours where soothsayers had to determine the colour of the day.

“We eliminated that by making it mandatory for clubs to register two strips at the beginning of the season. One for home and the other for away. We also changed the football calendar, we introduced a new registration regime, we also introduced a second Disciplinary Committee, we brought an Ethics Committee, and we also asked clubs to have offices and also become more professional through the club licensing requirements which they are supposed to fulfill.

“We introduced training programmes for our coaches and is now mandatory for any body sitting on the bench to have for a premier division club to hold a minimum of a License ‘B’.

“We also asked clubs to have youth teams which is mandatory. Referees are continually being upgraded through training sessions and this should make the league attractive to the public. We have appointed.”