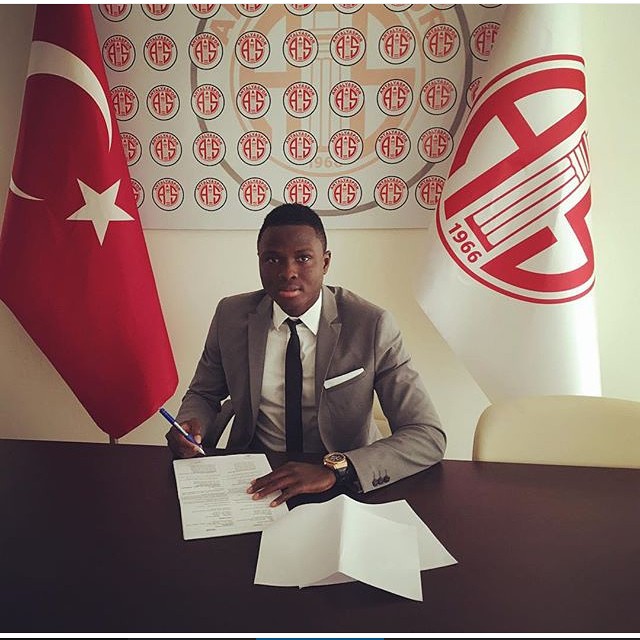 The 26-year-old Ghana international signed a two and half year deal with Antalyaspor to bring his stay in Portugal to an end.

Samuel Inkoom has completed his transfer to Turkish side Antalyaspor.

The Ghana international defender secured a two and half year deal with the Turkish top filght side to bring his stay in Portugal to an end.

The 26-year-old only last summer signed a three year deal with Boavista after struggling with D. C United in the U.S.A.

Inkoom, who also plays at left-back as well as on the wings, boasts of eight appearances in the Portuguese topflight. Reasons for his impending departure are unclear.

The former Asante Kotoko man has also previously represented Ukrainian side Dnipro, from where he was shipped on double loans to French club Bastia in 2013 and Platanias of Greece in 2014.