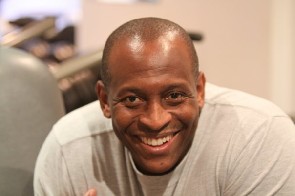 According to Mr. Mensah his administration inherited a clean slate in terms of administrative systems and procedures when it took over in June 2014.
“When we took over the reigns of Rugby in June 2014 there were no records or systems in place and it hampered the management of the Union as well as the compliance with best practice governance as required by the world governing body, World Rugby.”
According to Mr. Mensah the GRFU put a lot of systems and records in place since June 2014 but it lacked seamless online interactivity between the GRFU and its members, namely the Regional Associations and Clubs.
“ScrumIT will provide the GRFU with a truly professional management system that will not only improve the management and governance of the Union but indeed of the Associations and Clubs. Rugby is about developing our youth and about playing matches and tournaments and it is essential that we help our Clubs to minimise time spent on administration,” Mr. Mensah said.
ScrumIT is a sophisticated online based Rugby Management System developed by ENS Software Solutions (Pty) Ltd in South Africa.
According to the founder and owner of ENS Software Solutions, Mr. Jacob Brooks, the system has been under development for quite some time and has been piloted and put to the test with WP Rugby and its 8 regions and 110 clubs in South Africa since 2013.
“WP Rugby has benefitted tremendously from using scrumIT both in terms of administration and in terms of its ability to attract financial support from sponsors since the implementation of the system in 2014,” Mr. Brooks said.
ScrumIT boasts an impressive list of features including Participant Management, Communications Management, Membership Management, Player Statistics, Competition Management, Referee Management and Team Management.

Mr. Brooks continued to say that the philosophy of his development team is to continuously assess client’s needs and requirements and to add functionality as and when the requirements arise.
“The system has now been tested and proven and has now also been adopted by the Griquas Rugby Union in South Africa with interest shown by many of the other major Rugby Unions. In Africa Kenya, and now Ghana, have adopted scrumIT and there is a long list of Africa Rugby Unions who are keen to join up,” Mr. Brooks said.
According to Mr. Thelo Wakefield, President of the WP Rugby Union, scrumIT offers them full control over all their rugby clubs and has truly become a pivotal management tool in the Western Province Rugby Union.
Mr. Abdul-Aziz Issah, Director and Secretary General of the GRFU, said that the adoption of scrumIT as comprehensive, online and interactive Rugby Management System for Ghana Rugby is indeed a huge leap forward and that it is difficult to see all the benefits associated with this step at this stage.
“We at the GRFU are convinced that, once fully implemented, the benefits of scrumIT will by far outweigh the costs involved and will make a major contribution towards improving the quality of Ghana Rugby both on and off the field,” Mr. Issah said.
Mr. Steve Noi, GRFU Director and Tournament Commissioner, who is also directing and overseeing the World Rugby “Get into Rugby” (GIR) program also expressed excitement at the adoption of scrumIT.
“Schools are treated as clubs within the system and giving them interactive access to information related to school kids and GIR activities and matches or tournaments will help the school Rugby administrators to focus on skills development with minimum time spent on administrative tasks,” Mr. Noi said.
ScrumIt also contains a document management system that will make information such as regulations and rules as well as training and Rugby knowledge manuals and videos available to Rugby stakeholders on a 24/7 basis from anywhere in the world.
Mr. Mensah said that the talent identification module will also become an invaluable tool to identify and focus on potentially high performance players in the future.
He continued to say that communication is indeed the lifeblood of any organisation and that the very powerful communications capabilities of the system will ensure that the whole Ghana Rugby family are on the same page at all times.

It is expected that the migration of current systems and procedures to scrumIT will be completed in the next one to two months.