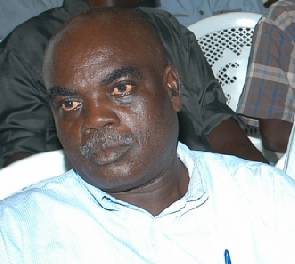 Former chairman of the Ghana League Clubs Association (GHALCA), J.Y. Appiah, a key actor in the raging hostility against the incumbent chairman, Alhaji Ali Raji, says he will remain neutral in the politics of the chairmanship race of the association ahead of the elections.
Appiah’s working colleague at the GHALCA, Kudjoe Fianoo, last Wednesday announced his intention to contest the chairmanship position with a mission to restore the lost glory of the association and many keen observers expect him (Appiah) to support Fianoo’s candidature.

But Appiah told the Graphic Sports that he was unamused at the issues relating to the forthcoming elections tentatively fixed for March this year.
“For some good reasons, I don’t want to throw my support behind anybody at the moment.
“In any case, the elections are far away and it would be too early to talk about that now”, he pointed out.

“Everybody knows that Fianoo is somebody I know very well and worked closely with but supporting him at this stage will create all kinds of meaning in the minds of people because of the position I have taken against Raji”, Appiah explained.
The veteran football administrator, now the chairman of the FA Cup Committee, is neck-deep in the crusade to get Raji to step down for an alleged disparaging comment against clubs from the Brong Ahafo Region.

Despite Raji’s showing of remorse and apology for the faux pas, Appiah wants him to go the extra mile since what he has done so far is not enough to placate the people of the region.
“If you slap and turn round to apologise you have not done anything. He should do the right thing or we maintain the decision by BA clubs to pull out”, Appiah stressed.