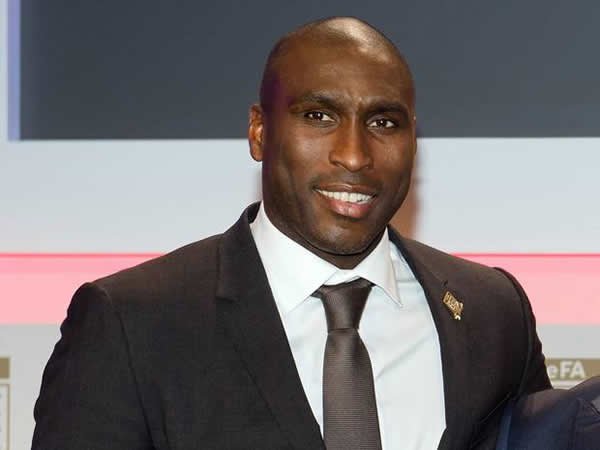 Former Arsenal and Spurs Defender Sol Campbell has emphasized the importance of using football as a tool to maintain the Country’s peace in the upcoming general elections.

Sol Campbell is confident the fusion of Sports and politics will yield great results.

He said “it’s so important for Ghana in this election year, and we must try to get the best out of football and politics, it’s the best way, there is so much going on in the world,

“Am disappointed about how the world is going, but Ghana has a fantastic heritage, I can feel the warmth here. Yes I can understand people, it’s difficult everyone will want to win.

“People in the country will have different perspectives, but at the end of the day it’s all about how the country moves on and if we can help facilitate  and allow this to be a smooth  process am all for it”, he added.

Sol Campbell and Stephen Appiah and hosts of other dignitaries like Prof Emmanuel Asante, chairman of the National Peace Council, Dr. Ahmed Mustafa, the Youth and Sports minister, George Akwesi Afriyie, GFA Vice Chairman were part of the high ranking guests seated at the high table to see the 2016 Peace Match launched at the State Banquet Hall .

The Peace match is staged to help propagate the need for peace as Ghana is about entering into election 2016. Football which is believed to be the passion of the nation, is being used as a tool to foster unity amongst the various political parties.