GPL News- The Good, the Bad and the Ugly 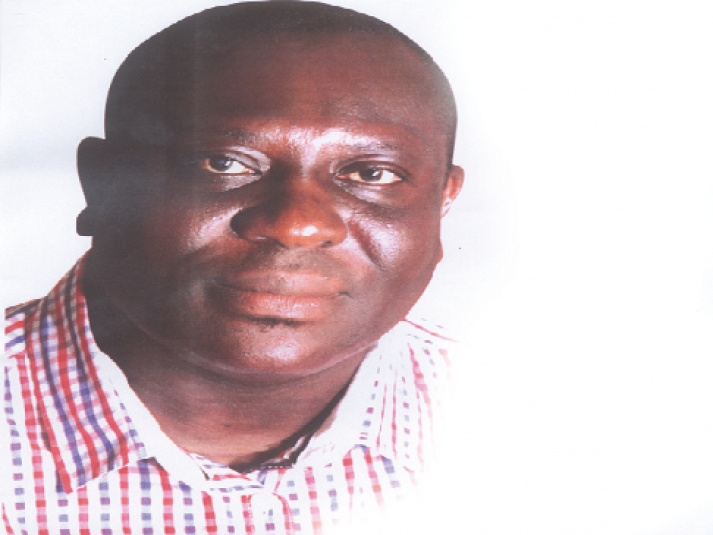 WAFA SC have completed the signing Mighty Jets striker Ibrahim Tanko who had been on trial at the academy side.

Ghanasoccernet reports local Black Stars hero Joel Femeyeh is in France chasing a deal. Earlier reports claimed he was on the verge of signing for Asante Kotoko.

Medeama have announced the signing of former All Stars defensive midfielder James Akaminko on a two-year deal.Akaminko, the junior brother of Ghana international Jerry Akaminko, is expected to bolster the squad ahead of the side’s busy schedule this season.

18:56 WHEN ONE DOOR CLOSES….ANOTHER DOOR OPENS

Sacked Hearts of Oak defender has penned a deal with Sekondi Hasaacas.

Ashantigold have completed the signing of defender Daniel Addo.

Ghanasoccernet reports Moro Abubakar’s return to Hearts of Oak is imminent as the midfielder is on the verge of agreeing a deal with the Phobians.

Despite all the names being throw around, Frank Akwasi Agyam can confirm only 8 players signed by Hearts of Oak. They are; Mustapha Essuman, Cosmos Dauda, Richard Akrofi (pictured below), Musah Ibrahim, Kennedy Appiah, Samuel Akurugu, Evans Gbeti, Samudeen Ibrahim.

Frank Akwasi Agyam reports a bombshell. According to him, talented holding midfielder Ebenezer Adjei’s dream of playing for Hearts could be shortlived. According to Frank,the player has failed a meical…

Frank Akwasi Agyam is back and he reports Hearts of Oak have signed Samudeen Ibrahim for GHC 25000 and not GHC 60000 as reported in the media.

Frank is also reporting Hearts strategic management team are currently docked up in a crucial meeting to finalize some new signings. Will Ahmed Toure be part?

Our man Frank Akwasi Agyam is getting warmed up as we reach the business end of the day. He reports Joshua Otoo’s reported move to Hearts fell through due to disagreement in payment. The Phobians were offering something relatively low.

Our man Frank Akwasi Agyam has reported Alfred Nelson’s move to Ashantigold has fallen thorugh. The former Liberty Professionals defender failed the seal the deal after a problem with his ITC from his club in Kuwait.

Asante Kotoko are reportedly closing in on Local Black Stars hero Joel Fameyeh. The deal fell through a few months ago. Can Duncan add Fameyeh to his fearsome side? Medeama SC are in talks with former Wa All Stars winger Emmanuel Gyamfi for a possible move transfer window shuts.

Ghanasoccernet reports Eric Bekoe has told friends he has only agreed terms with Hasaacas but want firm assurances from the club chairman.

Ahmed Toure has been missing from all Kotoko squads this pre-season. Reports indicate he reported late for pre-season camp, others say he is nowhere to be found. Earlier last week Hearts PRO Kwame Opare Addo expressed interest in the Ivorian. Is there something behind the scenes or should we take this with a pinch of salt?

Ghanasoccernet has revealed Asante Kotoko are leading the race to sign former striker Nathaniel Asamoah. Will he make a dramatic return to Kotoko?

Hearts of Oak have confirmed the signing of goalkeeper Sylvannus Evans Gbeti from division one side Cornerstone FC. The 22-year-old has signed a 3-year deal with the Phobians

2014/2015 goal king Kofi Owusu has reportedly left Cheslea for a stint abroad. The striker is currently in Egypt where he is undrgoing trials.Is the Premier League going to lose their top goalscorer for the fourth consecutive season?

Reports have emerged from Sekondi that striker Eric Bekoe is on the verge of signing for Sekondi Hasaacas. The former Kotoko man was heavily linked to an Accra club.  How true are these reports? We will bring you updates as and when we get them.

Ghanasoccernet reports Emmanuel Hayford likely to join Dreams FC before transfer deadline. The midfielder was released by Hearts of Oak. He was accused of faking injury and not up for the Phobian cause.

Kadri Mohammed is set to stay at Ashantigold despite putting in a transfer request earlier on in the window. The midfielder trained with the Miners yesterday and is expected to feature in their upcoming Champions League campaign.

Twelve hours to go to the end of the Ghanaian transfer window. Kotoko are arguably the biggest spenders and winners in this window so far. The Porcupines have signed as many as 12 players. Notable names are Bennet Ofori,Samuel Kyere and Richard Osei Agyeman from berekum Chelsea, Kwame Boateng(pictured below) from Olympics, Edwin Tuffour Gyimah from Liberty and Theophilus Nyame from Hasaacas.

New Edubiase have completed the signing of Abdul Wahab from BA United. The striker was one of the brightest spots in the Sunyani side who were relegated last season. Wahab is expected to add goals to the side.

Former Kotoko striker Latif Amadu is set to join New Edubiase.The striker was released on a free by Kotoko at the end of last season and he is set to replace the goals of Nuhu Fuseini.

Asokwa Depotivo striker Joel Fameyeh had been in the news after his exploits with the local Black Stars and his goals for Asokwa Deportivo in last season’s division one league. Interest have however cooled in recent months. Could a team grab the goal poacher these last few hours?

Wa All Stars have moved to replaced Richard Akrofi with the signing of defender Isaaku Kunda from Asokwa Deportivo. Kunda joins for an undisclosed fee.

As reported an hour ago, AshantiGold have completed the signing of Emmanuel Nti Mensah, Godfred Rockson and Frederick Quayson.

Techiman City have completed the signing of former Kotoko striker Stephen Manu. The lanky striker joins the potential new entrants on a year one deal.

Immortal Agyarkwah Acheampong expects more movement in the Hearts camp.He reports the Phobians may sign unattached Eric Bekoe, Isaac Osae of Lions and Bismark Idan of Edubiase if all they agree to their terns and conditions.

League champions Ashantigold have had a relatively quiet pre-season but are set to make a triple swoop for Emmanuel Nti Mebsah, Godfred Rockson and Freddie Quayson. Do they have enough funds to complete these deals? Time will tell.

We reported earlier Joshua Otoo is on the verge of signing for Hearts of Oak but the left back has refused to agree to the payment conditions and is likely to start the season as a free agent.

Nathaniel Asamoah is back in the country after a failed stint at Raja Cassablanca. The striker is rumored to favor a deal to either Kotoko or Medeama. Where will he end up?

Hearts of Oak have parted ways with defender Philip Boampong. The center back has been deemed surplus to requirements after finding himself down the pecking order. Robin Gnagne, Richard Akrofi, Vincent Atinga and Inusah Musah are all above the former under 17 star.

Hearts of Oak are getting busy these last few days. The Phobians have completed the signing of striker Sam Yeboah and former Ashantigold defender Kennedy Appiah.

Our man Immortal Agyarkwah Acheampong reports Hearts of Oak are on the verge of signing Joshua Otto of Wa All Stars.The player has received his floating from the FA.He is a free agent now.

Former goal king Eric Bekoe is back in the country and is a free agent. The last Ghanaian club he played for was Berekum Chelsea.It is rumored Bekoe will favor an Accra club with Hearts of Oak as the frontrunners. Could he be a Phobian by the end of the day?

The registration of players and officials by Premier and Division One Clubs for the upcoming season will end today, Wednesday January 20, 2016 at exactly 23:59pm GMT.

The GFA also reminds all clubs that today, January 20 is the deadline for the fulfillment of their pre-season obligations.

Below are the pre-season obligations of the clubs:

1. Venue (must be ready for inspection by the Club Licensing Board)

In addition to the above, Clubs are to submit all Club Licensing Board forms including venue for home matches, club office etc, as soon as possible.

This information should be handed over to the Club Licensing office at the GFA by January 20.

We don’t know when the league is starting but we definitely know when the transfer deadline is.
It is today, at exactly 23:59 GMT. All clubs are to register their players with the Ghana Football Association.
It is expected to be an interesting day with lots of movement and deals. For those of us who can’t be at the GFA Secretariat, follow us here
We’ll bring you developments on every move, rumor and much more right here.