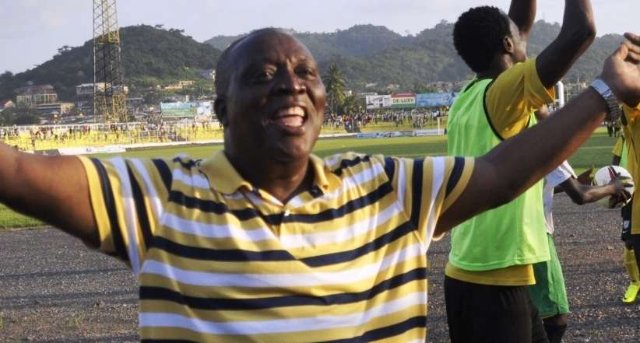 Nominations for the top job will open in March and Fianoo says he is poised to take over from current chairman, Alhaji Ali Raji.

Speaking exclusively to Joy FM, AshGold’s boss said; “I am very keen otherwise I would not have announced it. I have worked there before. I think that we all have to come [together]; more hands on deck to help the association.”

Fianoo has previously been administrative secretary of GHALCA and believes he owes the association his services.

“Some of us owe it a duty to GHALCA to ensure sustainability because we were nurtured at GHALCA and that catapulted us to where we are today; so it is time to go and pay our dues.”

Kudjoe Fianoo who led AshGold to win the domestic title after two decades believes he can steer the association to a better future.

“The change we are calling for is not a change for the worsr. GHALCA needs to move to another level and I personally think I have what it takes to lead it to that level.”

Current chairman, Alhaji Raji has come under intense pressure following an off the cuff comment he made after Asante Kotoko beat Aduana Stars to win the G6 tournament earlier this month.

He has been widely quoted as saying that the G6 trophy could not go to a “village club” like Aduana. That statement angered many in the Brong Ahafo Region resulting in a short lived movement for clubs in the region to pull out of GHALCA.

Kudjoe Fianoo failed in his bid to be elected onto the powerful executive committee of the Ghana Football Association last year.