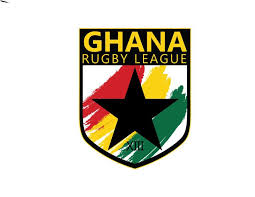 The second leg of the 2015/2016 Ghana Rugby Club Championship (GRCC) took off with spectacular matches played at the Accra Sports Stadium on Saturday 16th January 2016 that produced no less than 24 thrilling tries.
The clubs who played on the day displayed quality rugby which lived up to the promise to entertain spectators.
The GRCC matches that were played on the day featured UCC Spartans from Cape Coast and Idas Sports RFC. The second game was between Cosmos Buffaloes and Dansoman Hurricanes which was the match of the day.

The final scores of the two GRCC matches were Idas Sports RFC 86 – 5 UCC Spartans and Cosmos Buffaloes 46 – 8 Dansoman Hurricanes. Spectators were fully entertained with a total of 24 tries on the day.
The day kicked off with the kids training session followed by an U18 boys match and a ladies match.
According to Mr. Steve Noi, the Match Commissioner of the GRCC, the quality of skills exhibited on the day has matched their expectations.
Speaking to the press, Mr. Noi disclosed that selection of players for the national team will be a tough one for the technical team because the performance of players in this season has really improved compared to the last season.
“We have been hoping for a bang and we have seen it today because the 1st leg ended in December with great excitement and we were expecting that the 2nd leg will pick up from there. The performance of players today has developed compared to last season because most of the players are fighting for a place in the national team and I think that will make it very tough for the technical team”, he uttered.

The 2015/16 GRCC will conclude with semi-final matches between the top four teams on the log followed by a third place play off and an exciting final.
The semi-final fixtures will be between the teams ending 1st and 4th on the log while the team in 2nd place will play the 3rd placed team on the table.
Even though Cosmos Buffaloes, Conquerors, Dansoman Hurricanes and Idas Sports are currently placed in the top 4 spots there may be surprises as there are still 5 matches to be played.

On Saturday 23 January 2016 the two Cape Coast based teams, Griffons and UCC Spartans, will face each other while Idas and Conquerors will battle each each other in the other match.
The last three matches on 30 January 2016 of the 2015/16 GRCC will prove to be an exhilarating affair when Cosmos Buffaloes and Conquerors, the current log leaders, face each other in the final match of the 2015/16 GRCC at the Accra Sports Stadium. In the other two matches Idas Sports will play the Accra Sharks while UCC Spartans will face Dansoman Hurricanes.