Ghanaian Footballers in the EPL 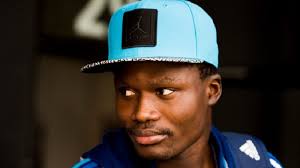 Current Ghanaian Footballers in the EPL

Ghanaian footballers have been giving their best in the English Premier League for many years now. Here are the current Black Stars playing for English Premier League clubs.
Players like Sulley Muntari and Michael Essien in particular, have left a huge mark on English Premier League clubs like Chelsea, Portsmouth and Sunderland. They have spent their best years in England and have contributed greatly to how African players are perceived in the EPL.
At the moment of writing, there are 5 Ghanaian players involved with Premier League clubs. However, this may change until the end of the January transfer window, with several other Ghanaian players being transfer targets for EPL clubs.
The selection of Black Stars footballers being mentioned is so exciting, that it will be strange if there are no new faces in the Premier League come February. And this is no surprise since Ghanaian players are rarely flopping at their clubs. They are dependable, full of promise and never disappoint. In fact, they are very much like a selection of Rand online casinos and the online gambling reviews they offer; they are really trustworthy and always deliver what is expected from them.

Abdul ‘Baba’ Rahman
Abdul ‘Baba’ Rahman joined Chelsea for £ 21 million from Augsburg this season. The attacking left-back had a marvelous season with the German side last year and was one of their key players. Augsburg finished the season in fifth place ahead of clubs like Schalke 04 and Borussia Dortmund and qualified for the Europa League Group stage. Rahman was instrumental throughout their Bundesliga campaign and no one was surprised when the Blues came calling.
However, after spending half of this season on the bench, it seems like Baba’s dream transfer has turned into a nightmare. He has played a total of 676 minutes for Chelsea in all competitions so far this season, and it seems like this trend won’t be changing anytime soon with Cesar Azpilicueta being one of the best defenders of his generation and playing his best football in Rahman’s left-back position.
He shouldn’t despair, however since time is on his side, and with Ivanovic in his 30s now, it’s very likely that the Serbian will slowly be phased out of the Blues’ first team and replaced by Azpilicueta on the right, which should free up a spot on the left for Baba.

Jeffrey “Jeff” Schlupp
The 23-year-old left-back/midfielder has had a remarkable season together with everyone else at Leicester, at what is the biggest underdog story of this season. Leicester are still top of the table in the EPL after six months of competitive football, and they show no signs of stopping.
Vardy and Mahrez have been the most often mentioned names when people talk about Leicester’s success this season, but Schlupp is one of the Foxes’ unsung heroes. He had a wonderful start to the season and played down the left side of the pitch in all of Leicester’s matches up until December when he injured his hamstring.
The injury prognosis for a hamstring injury is around 5-6 weeks and Ranieri expected his man to be back in late January or early February. However, it turned out that Schlupp’s injury was worse than initial reports have claimed and it now seems that Ranieri will have to wait until March for Sclupp’s return to competitive football.
Hamstring injuries are difficult to treat and sometimes the slightest exertion can get players back to square one in their recovery. Physios must feel as if they visit SouthAfricanOnlineCasinos.org.za every time they have to make a prediction about a hamstring injury. It’s like a casino game, and in casinos, it’s all about luck. They might get lucky and have a fit player within a month or their prediction might turn out to be inaccurate, and the injury may worsen very quickly.
Schlupp’s injury is a blow for both the team and Leicester supporters, who got used to his consistent performances both in defence and in midfield. The only way to minimize the effect of his injury is for Raniery to go to the market and buy another defender. This brings us to the next Ghanaian on this list.

On 22nd January Leicester have completed the signing of promising Ghanaian defender Daniel Amartey from Danish side FC Copenhagen. The Foxes managed to beat off Liverpool to the signing of the young defender, who can also play in the holding midfielder position.
Amartey completed 20 matches in all competitions this season for the Danish outfit and appeared in three Europa League Qualifying matches where his team lost to FK Jablonec in the 3rd round. He has been a key component in his previous clubs recent league campaigns and has played a major role in destroying opposition attacks.
Only time will tell if he will be able to replicate this form in the EPL, but all signs point to the fact that Leicester, just like with Vardy, Mahrez, Kante and others, have managed to unearth another diamond in the rough.

Andre Ayew
Andre Ayew started his season at Swansea so strongly that many said that the attacking midfielder was the signing of the season. He scored goals, assisted teammates and dictated play in the final third of the pitch.
However, with Swansea plunging into a poor run of results, which took them as down as the relegation zone, it was expected that Ayew’s form would suffer as well. The Swans sacked Gary Monk and installed Alan Curtis as temporary manager, but the change of managers didn’t help the club, and they started to become one of the most realistic relegation candidates, which brought about rumors linking Andre to other clubs. Check out his sponsor at Yebo Casino.

Sunderland, Liverpool, and Chelsea were all credited with interest for the talented Ghanaian and it looked like after only half a season Ayew might leave the club. However, with the appointment of Francesco Guidolin as new Swansea manager, there finally appears to be light at the end of the tunnel for the Swans.
In Guidolin’s first match at the club, they managed to beat an impressive Everton side away from home, and Ayew was one of the scorers. This might turn out to be a good season for the Ghanaian after all.

Jordan Ayew
Andre Ayew’s younger brother is only one of a handful of players at Aston Villa who can hold their heads high in a terrible season for the club from Birmingham. They are very likely to go down to the Championship, and even an impressive Jordan Ayew doesn’t seem able to help their fortunes. Out of Aston Vila’s 18 goals, Jordan has scored 5, which is a success considering how few chances his teammates have created for him.

Christian Atsu
The once highly rated 24-year-old only makes this list because of his nationality and the fact that he is on Chelsea’s books. He has had several disappointing loan spells in the last few years and one feels that if his next one is a disappointment as well, his time in the EPL might be up very soon after sealing a loan deal Malaga but he is expected to return after six months.