Ghana’s Amateur boxers to be ejected over $14 fee 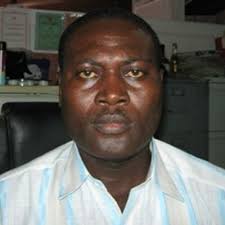 Ghana’s amateur boxers camping at the Theodosia Okoh Hockey Pitch have been asked by the National Sports Authority (NSA) to pay GHC 50 for facility user fee ahead of their qualifiers in Morocco.
Eight boxers are currently camping at the Hockey Stadium ahead of their mandatory Rio 2016 qualifier in March. They risk being ejected due to unpaid government subvention.
The spokesperson of the Sports Authority, Frederica Mensah Davies, revealed to Starr Sports government’s refusal to pay the first quarter subvention hence management has decided to eject these boxers.
“Management has actually taken a decision because our first quarter subvention and the NSA has exhausted its internally generated funds due to accrued bills.
“So we don’t have an account to accommodate them so a rebate of GHC 50 was given them for us to provide toiletries and transportation for them”, she added.