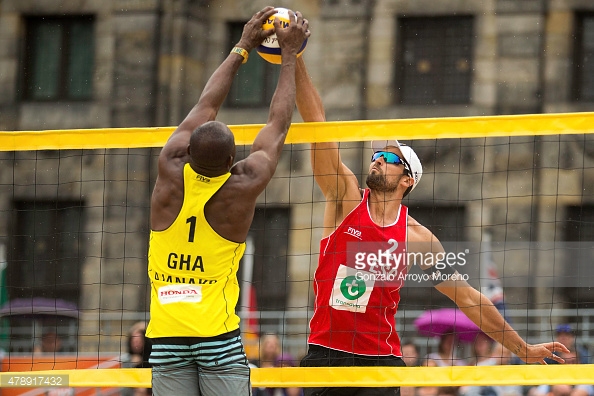 The leadership of the Greater Accra Regional Volleyball Association have rolled out a programme of activities for the year with the annual Champion of Champions tourney heralding the year’s programmes.
The event, which is expected to bring together over 100 participants from different volleyball clubs in the region, as well as stakeholders and lovers of the sport, will be staged at the Lebanon House near Tudu on Friday, March 11.
The regional league commences the following week, March 17, at the various league centres in the region.

Police Service, Prisons Service, Immigration Service, Airforce, Army and National Fire Service are among teams preparing assiduously towards the tournaments.
Other programmes include the Top 6 Silver Star Championship in April at the Silver Star Towers in Accra and the third edition of the annual Beach Volleyball competition in June.

According to the head coach of the association, Mr Justice Adjasoo, plans are far advanced to introduce disabled volleyball in the region to engage physically challenged persons who are interested in the sport.
He expressed appreciation to the Silver Star Company, current sponsors of the association, and appealed to other corporate organisations and philanthropists to come to the aid of his outfit.