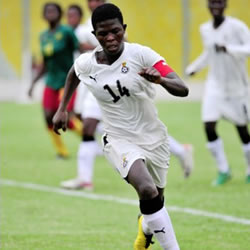 Okyere joined the European outfit after her sterling performance for the Kumasi-based Club in the National Women’s League last season.

The 19-year-old is however expected to help the Club maintain their quest of winning the Serbian League title.

The former Black Maidens skipper becomes one of the few female footballers who have earned professional contracts abroad.

The enterprising midfielder led Ghana’s Female U17 team (Black Maidens) to win bronze at the 2013 FIFA Women’s U17 World Cup in Azerbaijan.

She recently earned her first call-up to the senior National team (Black Queens) ahead of their 2016 African Women’s Champion qualifiers.