Jonathan Edwards: Usain Bolt already greatest athlete of all time, and he'd be unbelievable at 400m 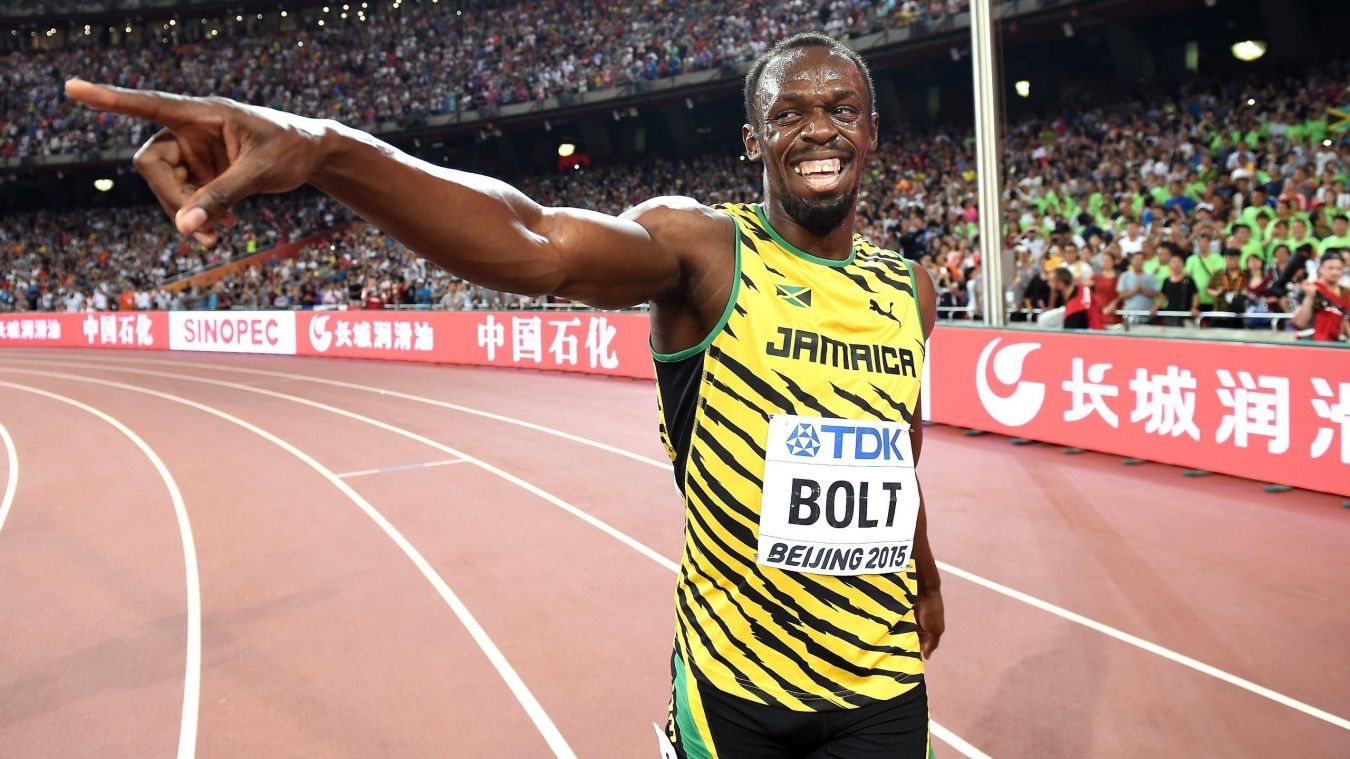 But Edwards, who has Olympic, World, European and Commonwealth triple jump gold medals to his name, believes the Jamaican sprinter has nothing to prove and is already the greatest athlete the world has ever seen.

“In my view he is [the greatest athlete of all time], and not just because of his performances but also for what he brings to the sport with his personality,” Edwards told Eurosport.

“I’ve never seen anybody compete with such a carefree attitude and a sense of enjoyment, a celebration of his talent. For me that makes him stand out as much as his talent in itself and what he’s achieved.

“Probably the only other athlete who has been in his league was Carl Lewis, at a time when athletics was maybe vying with football as the number one sport.

” Certainly, if he was to do the ‘triple triple’ then, without any question, he would be the greatest ever – I don’t think anyone could dispute that. But for me, he already is.”

“You would have to put him along with the likes of [Cristiano] Ronaldo, [Lionel] Messi, Neymar – the most popular sportsmen in the world,” Edwards added.

“Athletics is very lucky to have him.

“Bolt, by the force of not only his performances but also his personality, is as big of a name as Ronaldo or Messi without any question.

“I don’t think there’s another Bolt out there, someone who could grab the world’s attention in the way that he did, not that I see at the moment – even though there are some very, very talented athletes.

” You wonder where athletics would be without him – he is a shining light.”

The 29-year-old Bolt has been repeatedly asked whether the upcoming Rio Olympics will be his last major competition before retirement and Edwards does not want to see the Jamaican continue for too long.

“I’d love to think he would compete in London for the 2017 World Championships, which I’ll be covering for Eurosport, but you do get the feeling that his body is quite fragile,” Edwards said.

“What I don’t want is to see Usain Bolt lose – nobody wanted to see him lose in Beijing either.

” Competition is obviously great for sport, but there is something about seeing a dominant champion who is almost superhuman and I hope he doesn’t go on beyond his ability to keep winning races in the way we have got used to seeing.”

Bolt clocked a personal best of 45.28 in the 400m in 2007 and Edwards believes the sprinter could be very dangerous in the one-lap event if he chose to take it on.

But as for the jumping events suggested for Bolt as a future possibility? The former British Olympic star thinks that it would be too much to ask of Bolt to switch to either the long jump or triple jump at this stage of his career.

“Just because he can run fast does not automatically mean that he would be able to jump a long way.

“Obviously Carl Lewis did it fantastically, but he was jumping and sprinting right back to when he was at college.

“To build up the strength and conditioning necessary to be able to utilise the speed on the run-up at this stage and with his fragility would be very unlikely – so I would say no. I would go as far as to say, ‘No way.’

“I would imagine that Michael Johnson is just thankful that he hasn’t done that. I don’t think he will – my sense is that he would not be willing to put himself through the agony of training that is necessary for the 400m.

” Maybe he will do the relay in London, and that in itself would be great, but once he’s done with 100m and 200m I don’t see him doing any other events. I think he is more keen to play for Manchester United!”