Ghana duo Schlupp and Amartey to receive £15,000 as winning bonus at Leicester City 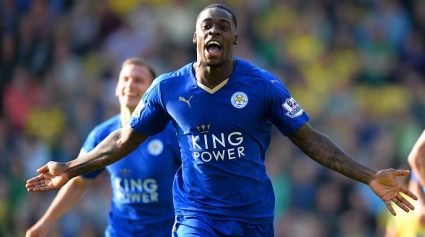 Ghanaian internationals Jeffery Schlupp and Daniel Amartey could be pocking a whopping £15,000 bonus in every League victory by Leicester City next season.

Reports indicates that officials of the Club are putting in place measures to motivate their players financially in the 2016/17 season should they be guaranteed of Champions League football.

Players of the Club (Leicester City) will further receive £5,000 for every point they win which would benefit the Ghanaian duo (Schlupp and Amartey).

The situation could see the pair who remain vital members of the Leicester City squad together with their colleagues earning an amount in the region of £570,000 at the end if the 2016/17 season.

The initiative is to prevent the players from moving away from the Club at the end of the 2015/16 season.

The Foxes impressive show this season could possibly see them losing most of their key players such as Jimmy Vardy, Riyad Mahrez, N’Golo Kante etc.

All 20 Premier League Clubs are expected to submit their bonus structure to the English FA by transfer deadline day next summer.