Asante Kotoko fired up for GPL 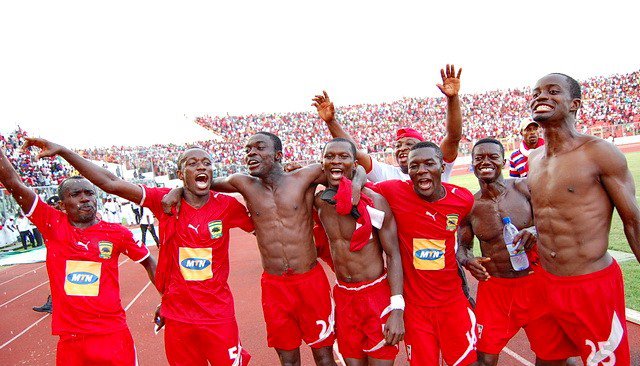 Following their one-week breather from the Ghana Premier League matches, Kumasi Asante Kotoko are fired up for a thriller against Medeama SC on Sunday.

Asante Kotoko did not play any game last weekend as their opponents AshGold were in Algeria for the return encounter of the CAF Champions League with MO Bajaia.
The Porcupine Warriors who were struggling with close to eight injured players had the list bloated when Felix Annan and Tuffour Boateng also got injured during the first league game against WAFA.
But news from the camp of the Reds is that, close to six of the players are ready for the clash on Sunday giving Coach David Duncan and the Kotoko fraternity.
Kotoko’s website has reported that Physiotherapist, Jerry Newton, late last week made disclosures about the fitness of players on the injury list.
According to the Physio, defender Emmanuel Asante; midfielders, Akwasi Nti and Frank Sarfo Gyamfi and strikers Dauda Mohammed, Kwame Boateng and Adzeko Mandela have recovered.

Asante Kotoko will however have an arduous task against Medeama following the Mauves inability to win their opening two matches and will be poised to pick their first win in their third outing.
Kotoko will play AshGold three days after playing Medeama SC.