Team Ghana depart for Japan ahead of Tokyo 2020 Olympic Games 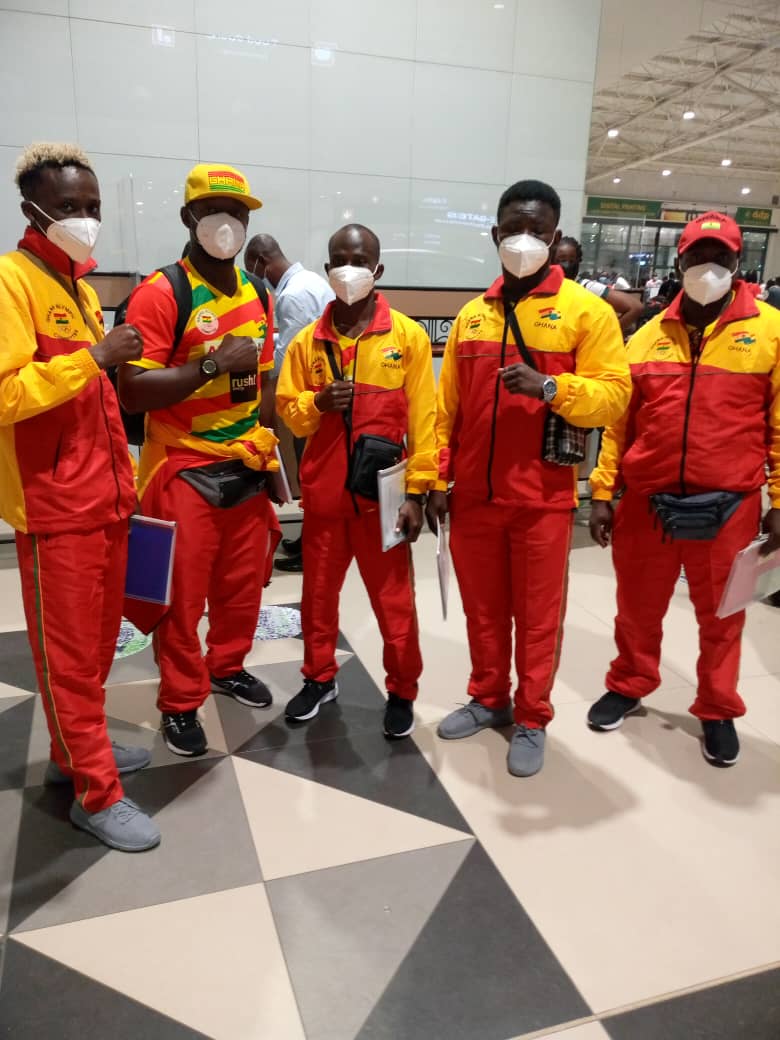 The Olympic team of Ghana has left the country for the summer Olympics games in Tokyo three weeks to the commencement of the global event. The team left in the late hours of Wednesday June 30, 2021 and are expected to arrive in Japan on Thursday. A contingent made up of four athletes and some management team members left the Kotoka international airport last night.

Three boxers Suleman Tetteh, Shakul Samir, Samuel Takyi and weightlifter Christian Amoah were the athletes that left Ghana and will be met by eight other members of the team in Japan.

Ghana will be based at Inawashiro, where they will be training for three weeks, before the official commencement of the Olympics. A lot is expected from the team after recent disappointments at the Olympic Games, but weightlifter Christian Amoah is confident of making a mark this time around.

“This is my second time going for the games and the first time, I was immature so I went there for the exposure but this time, I am going all out and hopefully bring a medal back home,” he said in an interview on Citi FM.

Meanwhile, president of the Ghana Amateur Boxing Federation, George Lamptey admitted the boys are very prepared for the multi-sports event.

“The boys are ready and have prepared for this for a very long time. It is my prayer that their efforts will yield good results,” he said on Citi FM.

“We have been blessed by the President of Ghana, and the Ga Mantse and we know with their support and prayer we will make Ghana proud,” he added.