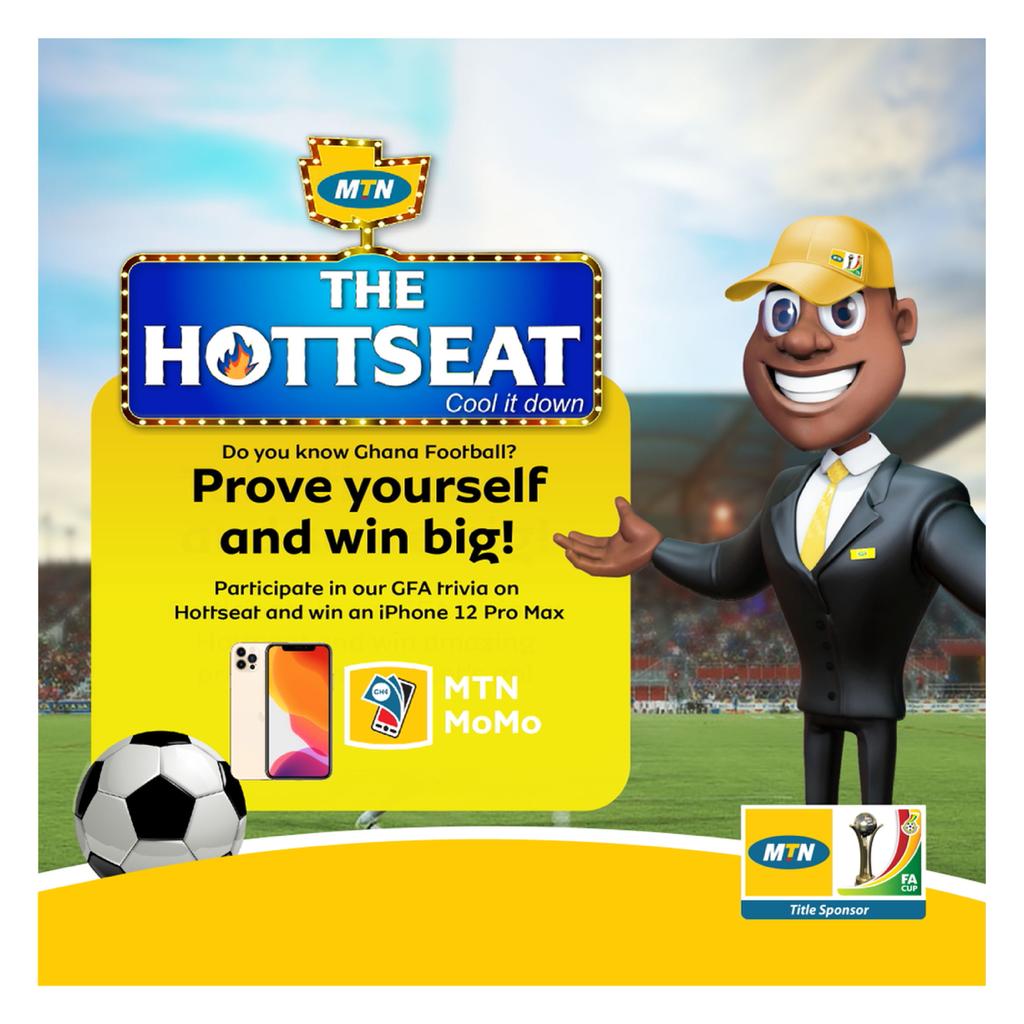 With the MTN FA Cup entering its quarter final stages next week, the Ghana Football Association in conjunction with the MTN sponsors have introduced a free to participate online football quiz for football fans in a bid to garner spectator interest in the competition.

The Ghanaian cup tournament may not have seen a much fiercer competition for honours in many seasons than the current 2020/21 edition as record winners and newly re-crowned league champions, Hearts of Oak, their eternal rivals and defending champions, Asante Kotoko as well also former winners, Medeama and Ashantigold all are still gunning for the trophy.

Berekum Chelsea and Elmina Sharks complete the top fight line-up for the last 8 with the lower tier duo of Kintampo Top Talents and Attram Di-Visser Academy, owned by former national team star, Godwin Attram, also still in contention, keeping alive the spirit of the cup competition giving opportunities to Division One and Two sides to also get in on glory.

Much more for lovers of the cup tournament, the MTN sponsors announced at the draw for the round of 16 last month that they had agreed an extension of their sponsorship by a further four years with this year’s winners assured unprecedented cash prizes and other incentives.

But not to be left out of the fun and competition ahead of the 2020/21 quarter final draw are Ghanaian football fans who are being given the opportunity to show how much they know about the local cup tournament and in the process, also win lucrative prizes including cash and iphones by participating in the MTN FA Cup HottSeat challenge.

Accordingly, any Ghanaian football fan can compete with friends on the MTN FA Cup leaderboard by playing in the HottSeat challenge right on their phone by downloading from playstore or on the internet or https://bit.ly/mtnfahottseat to register and start winning instant cash or a new iPhone 12 Pro Max weekly whilst also backing their respective teams for the ultimate.

The quiz consist of 15 questions with four multiple choice answers, the participant must attempt to answer these 15 questions on the scale of 100 to 1 million points, and have 15 seconds to answer each question.

In all, 20 fans will be rewarded weekly, 4th to 20th instant cash via mobile money whilst the top 3 are invited to the studio during a live draw to be rewarded.

The topmost weekly winner emerges as the Ghana Football Guru of the week and holds the MTN FA Cup Hottseat Trophy which he or she keeps until another winner beats them the following week. To maintain your position as guru of the week, you must keep playing.

“We are so glad that the MTN FA Cup is highly competitive this year too despite the covid-19 interruption which ensured there was no event last year. This competition is here to stay and we are so grateful to MTN for their sponsorship,” said FA Cup Committee Chairman, Hon. Wilson Arthur.

“Now we are happy to get the fans involved and reward them for their loyalty to their clubs and to the competition. Anyone can just download the game and play against friends to show how much they know about the MTN FA Cup and win,” added Mr. Arthur.