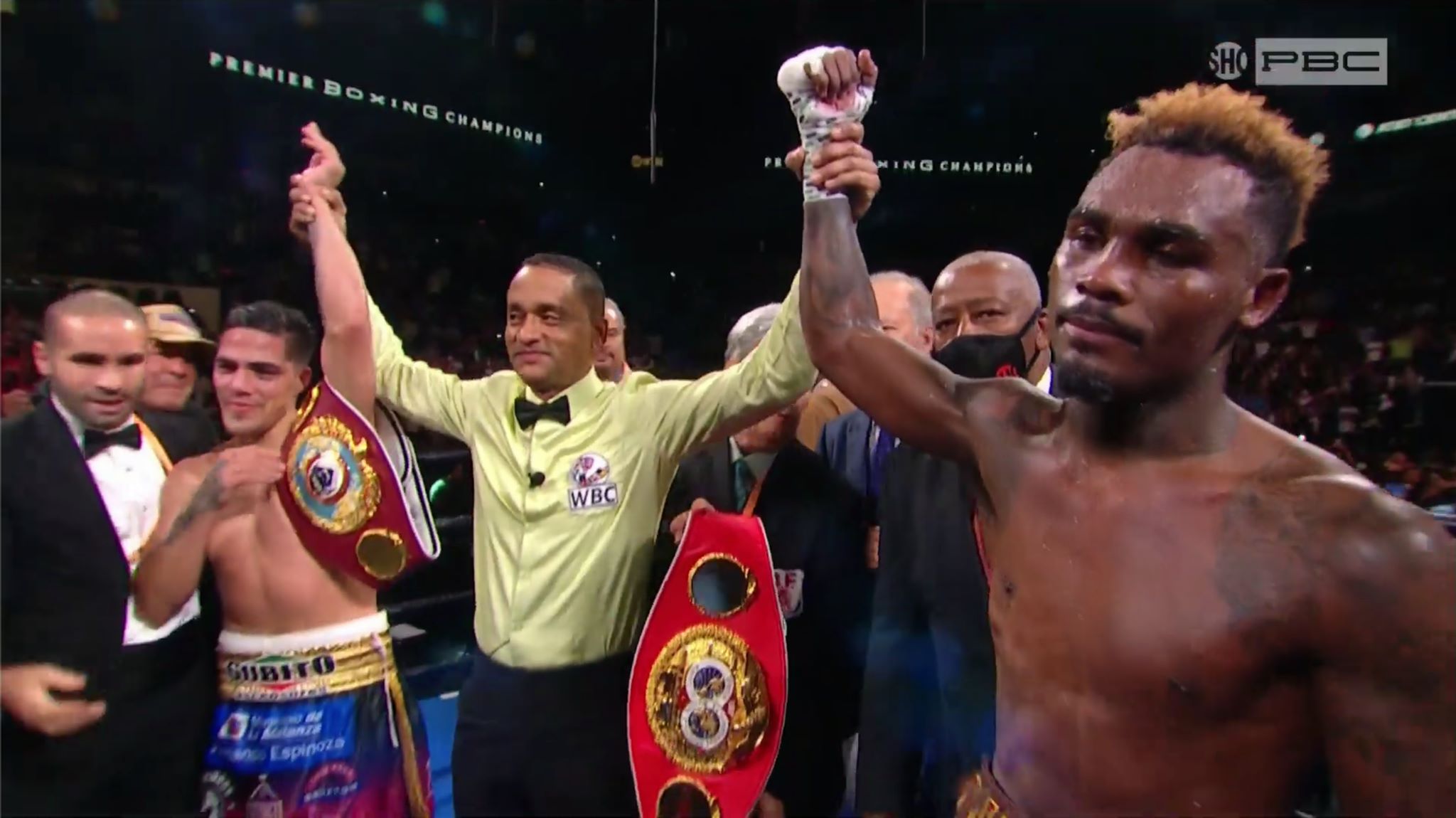 In a clash for the undisputed 154-pound world championship, WBC/WBA/IBF champion Jermell Charlo (34-1-1, 18 KOs) and WBO champion Brian Castaño (17-0-2, 12 KOs) battled to a twelve round split draw on Saturday night at the AT&T Center in San Antonio, Texas. Charlo stunned Castaño in round two, but Castaño put a lot of pressure on Charlo and often outworked him. Charlo hurt Castaño in round ten and closed strongly. Scores were 114-113 Castaño, 117-111 Charlo. 114-114 draw. No undisputed champion.

The fight began in a tactical manner with a feeling out process by both. Castano began to open up with more punches in the second. In the second, Charlo began to work the jab as Castano was looking to work his way in. As Castano was letting his hands go, Charlo buzzed him badly with a good counter hook. Charlo went after Castano with a series of hard punches, but he was able to weather the storm.

The action slowed down in the third. Charlo was jabbing for most of the round and kept Castano at bay. But at the end of the round it was Castano who clipped Charlo hard with two big hooks to rock his legs. In the fourth, Castano was pressing and letting his hands go. He was landing more often and doing a lot of the work.

Charlo was jabbing and boxing in the fifth. Castano was holding a high guard and being kept at bay. More of the same in the sixth, before they started trading some punches. Charlo was doing his best to stay off the ropes. Castano was able to let go a series of shots in the closing seconds.

In the seventh, Castano was back on the attack and he was scoring more often and getting him on the ropes. Castano was coming forward and landing often during the eight. Charlo was trying to counter back and missing many of his shots. The volume of Castano was giving Charlo problems.

The ninth began with Castano pressing forward and throwing shots to back Charlo up. The was the theme for most of the round. In the tenth, Charlo hurt Castano with a good counter and he went right after Castano, who was wobbly on his feet. Charlo was able to hurt Castano several times in the round.

In the eleventh, Charlo was coming forward and pumping a hard jab. Castano still looked hurt from the prior round. Castano eventually began to get back to his offense and was pressing the action on Charlo, who rallied with hard punches to close the round. During the twelfth and final round, Charlo was pumping the jab and throwing shots behind them. Castano was holding a high guard and looking to work his way in.