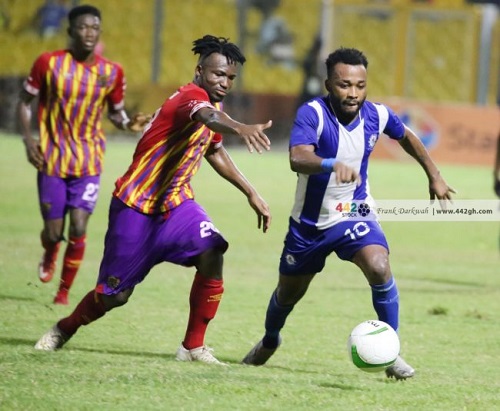 Great Olympics captain Gladson Awako has completed his move to the league champions, Hearts of Oak, according to reports.

Awako has been on the list of the Phobians throughout the season and has today agreed to join the Rainbow lads on a two-year deal, pending an official pronouncement from the club.

The former U-20 World Cup winner has been sensational for the Dade lads in the just ended Ghana Premier League campaign and was a subject of heavy interest in the local scene.

With 31 matches in the Ghana Premier League this season, Awako capped a fantastic season with 7 goals, 5 assists, and 8 man of the match awards to his credit, becoming a household name in the Ghanaian football landscape.

Hearts of Oak boss Samuel Boadu has been busy having shown interest in many players to augment his squad ahead of next season’s CAF Champions League as they aim to make an impact.

Awako meanwhile becomes the first player to join Hearts of Oak this summer.