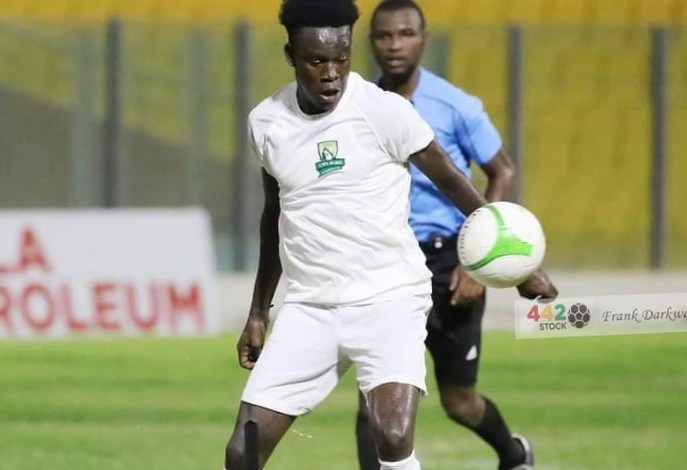 His performances in the just-ended 2020-21 Ghana Premier League has whetted the appetites of many clubs, both local and abroad.

The 21-year-old attacker was crucial in his side’s survival finishing as their top scorer in the league with 9 goals and 4 man of the match accolades.

Benjamin Boateng spotted at the Kotoko International Airport on Wednesday

It was earlier reported that Asante Kotoko, Hearts of Oak and Medeama were on the heels of the enterprising forward but he is on his way to finalising a move to Egyptian club, Al Ittihad.

He left the Kotoka International Airport on Wednesday afternoon and will be met in Egypt by the agent who brokered the deal.