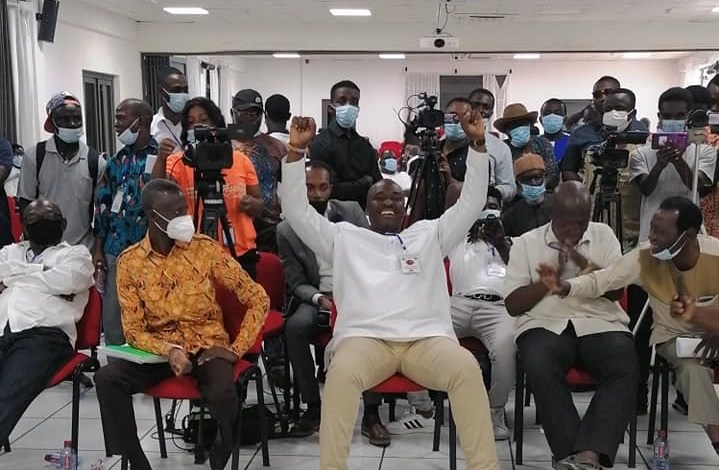 Dear Abraham Kotei Neequaye, congratulations on becoming the new president of the Ghana Boxing Authority (GBA). It was not an easy victory considering that your opponent, Henry Manly-Spain, was a heavy favourite to succeed outgoing president Peter Zwennes.

You fought a good fight and from what I observed at the grounds on the day of elections, the youth voted overwhelmingly for you because they see themselves in you.

Ayekoo! But this is where the work begins if you want to leave a legacy that will not only make you one of the best presidents to chair the GBA, but one who creates real change that places Ghana boxing on the ascent—something so desperately needed. It is not going to be easy. However, I trust you can do it with determination and hard work.

Mr President, in all you do, think about the teeming youth in the boxing circles who endorsed your candidature because they feel they have a voice in you. Your policies at the outset of your administration is crucial. In my opinion, correcting some of the wrongs from the past administration will make your path far easier. These wrongs are what I want to bring to your attention. There might be more that you and your board members will identify as time goes by, but the ones are paramount.

Settle the GBA vs. BoxRec Impasse

The first major assignment should be tackling the current issue between the GBA and official boxing record keeper, BoxRec.

According to reports, BoxRec no longer records bouts in Ghana, citing fixed fights and “lies and deceit,” including false documentation from the GBA. This has not only tarnished the image of Ghana but directly affects all of our fighters who are looking to build up their records on their way to a world title shot.

Due to this problem, undefeated Ghana-based Nigerian boxer, Joshua Oluwaseun Wahab, saw his bout with Anthony Moloisane of South Africa on July 10 cancelled when BoxRec announced that they would not recognise it.

This issue must be resolved immediately or there will be no point in having bouts held in Ghana as no one beyond our shores will recognise them as legitimate.

In recent times, many bouts which occur in Ghana consist of fighters who show up for the money and/or are paid to lose. In either instance, the outcome reflects the quality of the fight—or lack thereof.

This is one of the biggest problems Ghana boxing faces and that is why we struggle to raise prospects into world championship material. Most Ghana managers and promoters typically avoid testing their boxers with credible opponents and the GBA must be circumspect in monitoring pairings on cards before sanctioning them.

As the leader of the GBA, you can ensure that our best fight the best so that the cream of the crop can emerge and be successful at an international level rather than our boxers building up a deceitful undefeated records locally only to be embarrassed when they fight abroad.

In this day and age, I find it difficult to comprehend how a boxer is not provided with their fight contract, or their managerial or promotional contract. It is reprehensible and corrupt and has led to many disputes.

The era of boxers having to sign contractual agreements without being given copies of said agreement must cease for transparency sake. You must lead that charge.

Sadly, fighters believe that the GBA sides with those whom they have close relationships with—usually the managers and promoters—whenever there is a misunderstanding. Your administration should strongly address this matter and mete out punishment not only to fighters, but the suits who use and manipulate them.

All over the world, boxing thrives on a vibrant amateur system that produces prospects for the professional arm of the sport, except in Ghana.

The Ghana government continues to neglect the national amateur team, Black Bombers, and the amateur system in general. The lack of tournaments and a clear career path forces many fighters to turn pro when they are ill-prepared.

The GBA must do their part to create that career path that will prevent boxers from turning pro before they should and help them properly develop.

This, along with a heavy emphasis on competitive professional matches, will allow Ghana to produce more world champions.

The likes of Azumah Nelson, Nana Yaw Konadu, Ike ‘Bazooka’ Quartey and the late Alfred Kotey were all products of a strong amateur system. The earlier the GBA focuses on collaborating with the Ghana Amateur Boxing Federation, the better.

These are just a few concerns from a boxing enthusiast who has lamented what has become of his beloved boxing in Ghana over the years. I am confident that you will tackle these issues—and that doing so can forever change the landscape of the sport here. A word to the wise is enough. I have said too much already.