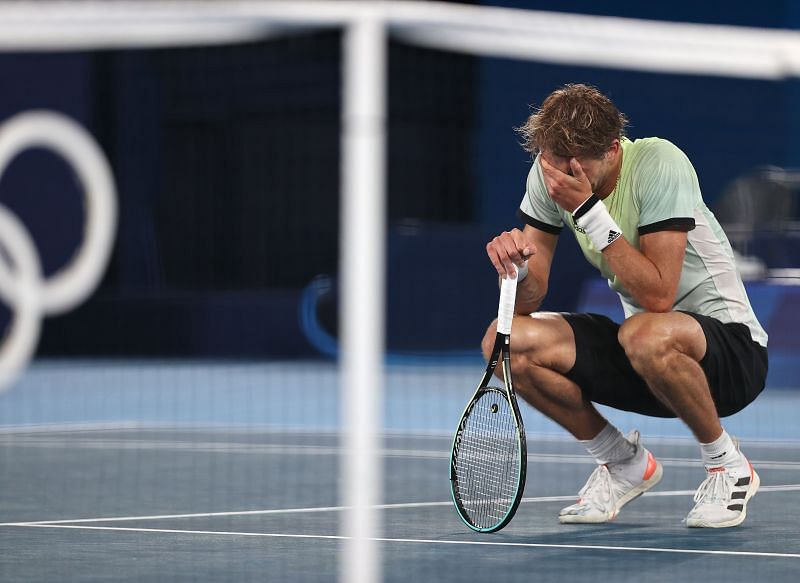 Despite going down in the first set, Zverev launched a superb fightback to seal the deal from thereon.He was too good for the Djoker, whose dream of winning the Olympic gold in tennis awaits.Zverev won 1-6, 6-3, 6-1.

Serbian ace Djokovic faced his fourth defeat in 2021 and has a win-loss record of 38-4.Djokovic’s defeat against Zverev has seen his winning streak of 22 matches come to an end.

The 20-time Grand Slam champion had won four matches in Belgrade, seven each at Roland Garros and Wimbledon, and four in Tokyo prior to this defeat.

World number five Zverev will face Karen Khachanov in the final at the Tokyo Olympics. The Russian beat Spain. Pablo Carreno Busta 6-3, 6-3 in straight sets. Djokovic will be aiming to down Pablo in the bronze medal match and get to the podium.

Fact: Zverev beats Djokovic for the third time in his career

Zverev beat Djokovic for just the third time in his career in nine attempts. Earlier, Djokovic had beaten Zverev twice this year, at the Australian Open and the ATP Cup.

Zverev downed Lu Yen-Hsun of the Chinese Taipei 6-1, 6-3 in the first round.

The second round saw him beat Colombia’s Daniel Galan 6-2, 6-2 in straight sets.In the third round, Zverev overcame Nikoloz Basilashvili 6-4, 7-6.

Zverev then beat France’s Jeremy Chardy in the quarters. He won the tie 6-4, 6-1.

Against Djoker, Zverev dropped a set for the first time in Tokyo.