NBA free agency 2021: Dwight Howard interested in returning to Lakers as a free agent, per report 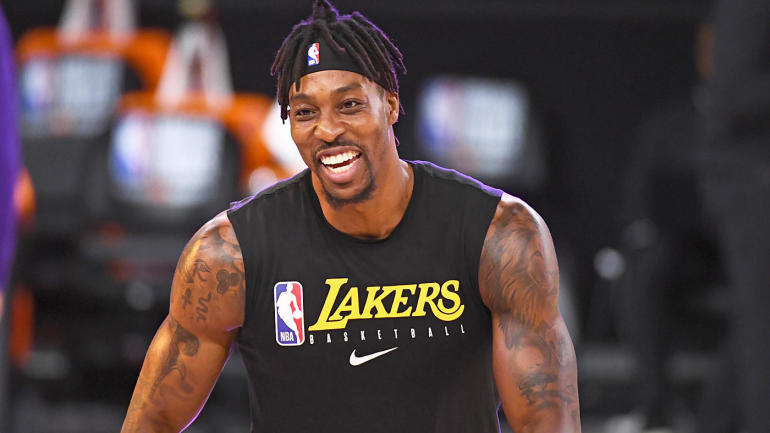 Dwight Howard wanted to return to the Los Angeles Lakers after winning a championship with them during the 2019-20 season. He even tweeted that he would do so before the team informed him that they had not, in fact, made him a firm offer.

The Lakers wanted to focus on offensive versatility at center last season. They had no minutes to offer Howard with Montrezl Harrell and Marc Gasol incoming, so he went to the Philadelphia 76ers in an arrangement that didn’t work out particularly well for either side.

The Lakers’ center position turned into one of the season’s great soap operas once Andre Drummond arrived. Howard struggled in Philadelphia as his 76ers were outscored by 23 points in the minutes throughout the second-round loss to the Atlanta Hawks.

With the benefit of hindsight, the two sides likely never would have broken up. Fortunately, they seem to be on the verge of rectifying that mistake. The Lakers are in need of another center with Drummond heading into free agency and Harrell traded to the Wizards. According to Brad Turner of the Los Angeles Times, Howard “is ready to return and play center” for the Lakers next season.

Howard would presumably make the minimum for the Lakers next season, as that is what he made playing for them two years ago and for Philadelphia last season. The only other option for the Lakers would be to give Howard the $5.9 million taxpayer mid-level exception, but that will likely be earmarked for a shooter. Howard is projected to have made over $242 million in his career.

Howard would be returning to Los Angeles for the second time. He initially played for the Lakers during the 2012-13 season, left for Houston as a free agent, returned in 2019, and now, could be in line for his third run in purple and gold. It is unclear what exactly his role would be next season if he does rejoin the Lakers.

Gasol opened last season as the starter at center for the Lakers, but was moved to the bench to facilitate Drummond’s arrival. He is one of the four players on the team with guaranteed contracts right now. Rumors have suggested that Anthony Davis is prepared to play more minutes at center next season as well.

Whether Davis plays power forward or center next season, the Lakers will need multiple big men on their roster to get through the regular season. In Howard, they’d be landing one that they know they can rely on.