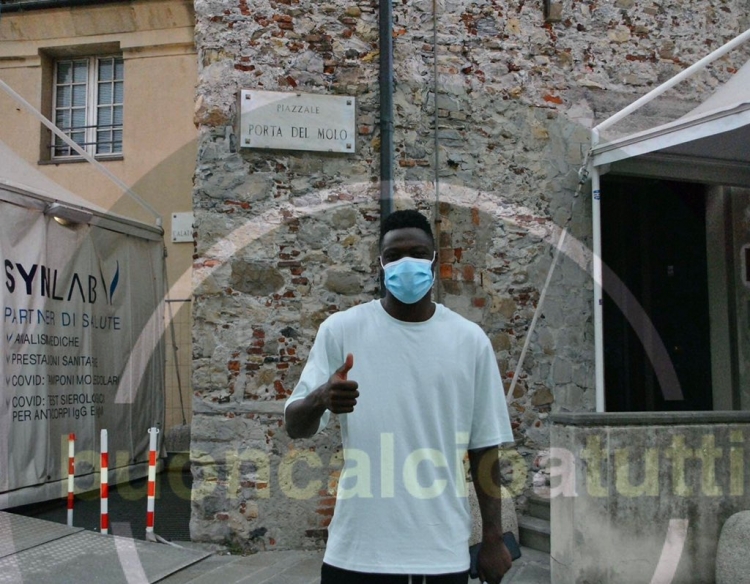 Ghana striker Caleb Ekuban has completed the medical examinations ahead of his move to Genoa from Trabzonspor.

The Ghana international carried out the tests at Baluardo Institute in Genoa this morning and will now sign the contract that will tie him to Genoa for the next three years, according to Sky Sport Italia.

The official announcement is expected in the next few hours and Genoa have reportedly paid €2m for the attacker.

Ekuban will be signing a contract after passing the mandatory medical examination to keep him at the Luigi Ferraris Stadium outfit until the summer of 2024.

The former Leeds United attacker is joining Genoa as replacement for Ukrainian striker Eldor Shomurodov is on his way to fellow Serie A side AS Roma this summer.

He had an incredible campaign in the Turkish top-flight last term where he scored 10 goals in 32 game outings for Trabzonspor.

Ekuban began his career in Italy at Mantova Youth team before moving to Chievo Verona where he spent at 7 years at the youth and senior levels.

He enjoyed loan spells at FC Suditrol, FC Lumezzane, AC Renate all in Italy and also FK Partizani in Albania.