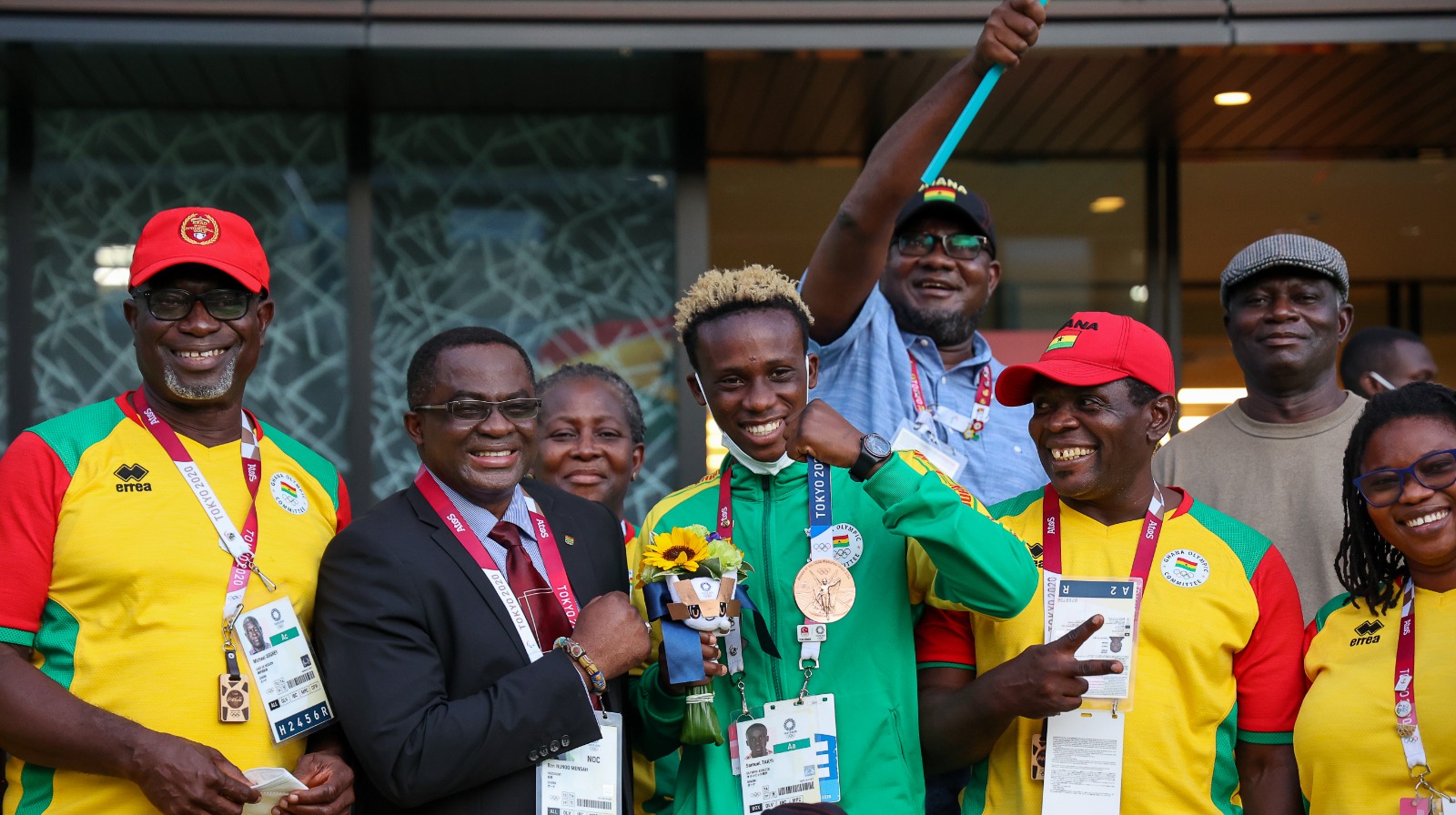 Ghanaian boxer Samuel Takyi has officially been presented with the bronze medal he won at the 2020 Tokyo Olympic Games.

The 20-year-old secured the bronze medal after losing to Duke Regan in the men’s semi-final featherweight event on Tuesday.

His best efforts were not enough, as the judges’ scoring the bout 4-1 in favour of his more-experienced American opponent.

The young boxer made an impressive start to the semi-final bout against Regan and actually won the first round.

However, he couldn’t replicate his opening performance in the remaining rounds, as the American secured a comfortable victory.

Despite losing the semi-final bout to Regan, Takyi entered the history books after ending Ghana’s 29-year wait for an Olympic medal.

On Thursday, the boxer was presented with his bronze medal, to the delight of him and his coaches.

“Big congratulations to Samuel Takyi from all of us at home, for hoisting high the flag of Ghana at the Tokyo Olympics, and for winning a bronze medal, Ghana’s first Olympic medal in 29 years. Well done,” the President posted on Facebook on Tuesday.