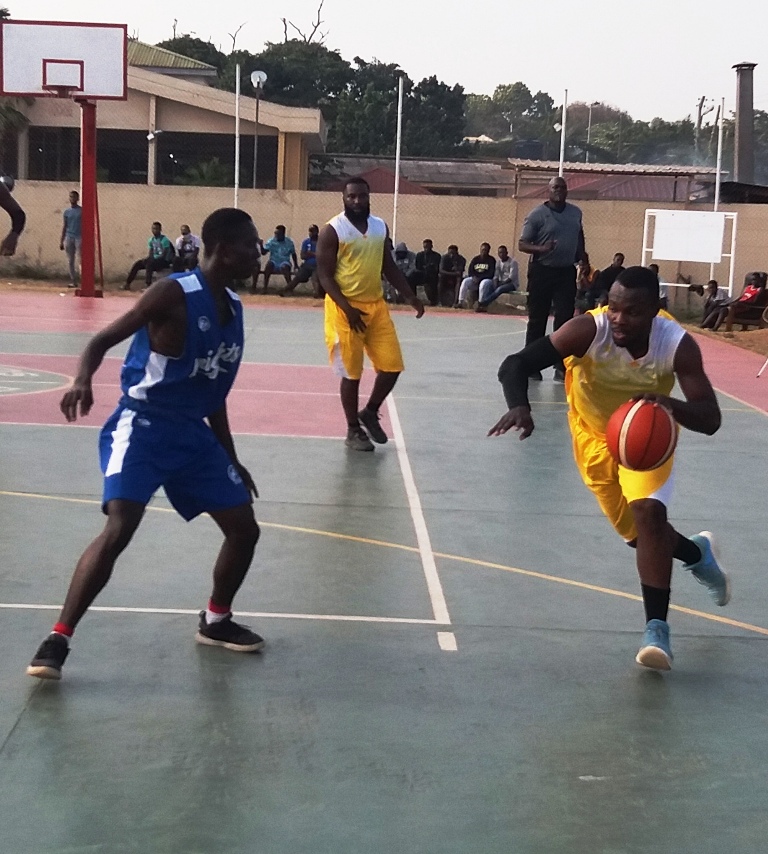 Invaders clinched a 45-41 win over Gbawe at the Prisons Court in Cantonments in Accra despite holding a sizable lead heading into the second half.

Invaders went on a 6-0 run to open the game with Barnabas Tenkorang assisting on all three baskets. Gbawe’s Robert Orhin drained a jumper to end his team’s drought added another jump shot.

Invaders’ Solomon Agbezuke blocked Gbawe’s Mitchel Quartey to gain possession; a possession that ended in a three pointer by Tenkorang to give Invaders a 15-6 first quarter lead.

Gbawe scored points inside the paint early on in the second quarter with Enoch Abiirosoh grabbing a pair of baskets. Invaders replicated Gbawe’s trick and got points on the board from Francis Kabu and Simon Arthur added a three pointer to end the quarter with a 26-11 lead.

Gbawe’s Daniel Koffie completed a three point play and Caleb Ayim added a three pointer from the corner to trail 17-30 with 4:21 minutes left in the third quarter. Gbawe got more points with Peter Akoobotu scoring from deep to end the quarter trailing 23-36.

Gbawe got baskets to trail by six points but a beautiful passing sequence led to an easy basket inside the paint to make it an eight point lead for Invaders.

Gbawe went on a five point run to reduce the deficit to six points (35-41) with 2:13 minutes left to play. Gbawe closed the gap to three points but Invaders scored back to back baskets to seal the four point win.