Amos Frimpong explains why he joined Guinean side Industriel Kamsar 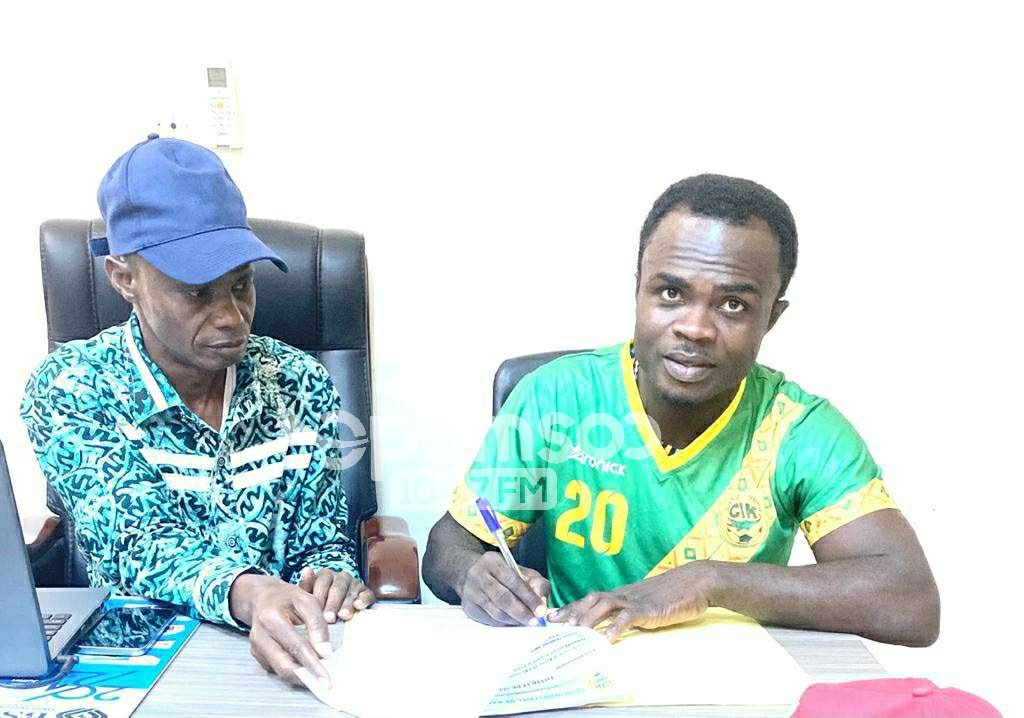 Former Asante Kotoko captain, veteran defender Amos Frimpong has revealed the reason why he has moved back to Guinea after the just ended Ghana Premier League season.

The Ghanaian defender joined the Techiman based club Eleven Wonders in the second round of the 2020/21 GPL season after he left the Guinean based club AS Khaloum.

He was capped in the second round matches with Techiman Eleven Wonders this season.

According to the 29-year-old Ghanaian defender, he was monitored by a scouting team from the Guinean side ‘Club Industriel de Kamsar’ in a Ghana Premier League game between Accra Great Olympics and Techiman Eleven Wonders at the Accra Sports Stadium. His scintillating performance impressed them to link him to the club.

He was contacted by the management of the club after the game.

“I had a fine season with Techiman Eleven Wonders based on the support my fans gave me. Through that I got the opportunity to have a link with my new club after putting up a good performance in our game against Accra Great Olympics,” Frimpong told Ghanasportspage.com.

“On that day the scouting team from the Guinean side saw something good in me which impressed them to contact me for this opportunity,” he said.