Samuel Takyi receives hero's welcome back in Ghana after Tokyo 2020 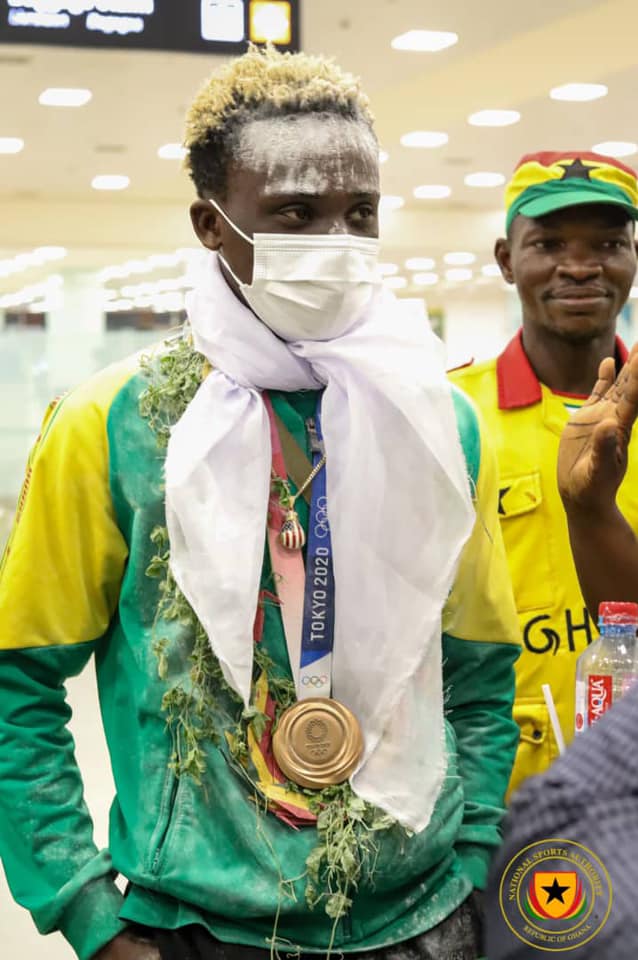 Ghana’s sole medalist at the 2020 Tokyo Olympics, Samuel Takyi, on Friday arrived home with a rousing welcome by Ghanaians at the Kotoko International Airport in capital Accra.

Amidst drumming, dancing, and singing, the boxer who won bronze to end Ghana’s 29-year wait for an Olympic medal, was hailed by hundreds of fans who gathered at the airport awaiting his arrival.

Fans of Samuel Takyi fired up for his return

Minister for Youth and Sports Mustapha Ussif, President of the Ghana Olympic Committee Ben Nunoo Mensah, and Director-General of the National Sports Authority Peter Twumasi, were among dignitaries who joined boxing fans to give a rousing welcome to the boxer upon arrival.

The minister praised the boxer for raising the flag of the nation high in Tokyo by bringing home a medal.

“This is a great achievement that we are all proud of and wish to congratulate the boxer for his efforts,” said Ussif.

“We would do well to invest in talents like Takyi to win medals for the country at the subsequent competition,” Ussif stressed.

Takyi expressed appreciation to Ghanaians for their support and love shown him upon arrival in the country.

“I would do well to become a better boxer and go for the ultimate gold medal in my next competition,” said Takyi.