Ayew, two other Ghanaian players feature in Crystal Palace’ away defeat to Chelsea 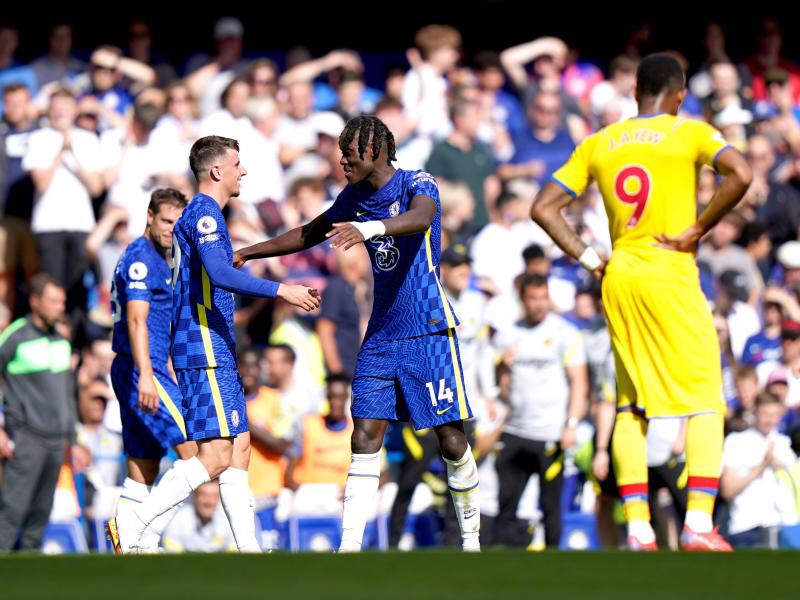 Three Ghanaian players were in action for Crystal Palace when Chelsea defeated the Eagles 3-0 at the Stamford Bridge.

The European champions controlled from start to finish, and Marcos Alonso kicked off their campaign with a brilliant free-kick just before the half-hour mark.

With Palace failing to register a single attempt before the break, Chelsea extended their lead with five minutes left in the half through Christian Pulisic, who converted a Vicente Guaita save for his fifth goal in five outings against the Eagles.

Just before the hour, Chalobah, moving forward into space, unleashed a thunderous low shot that Guaita could only turn onto the post and in, marking the 22-year-perfect old’s Premier League debut.

Vieira’s team, on the other hand, required 62 minutes to register their one and only shot on target, and showed little promise of a brighter future under their new boss.

Rak-Sakyi who is born to Ghanaian parents was making his debut for the Eagles after he was promoted to the senior team for this campaign.