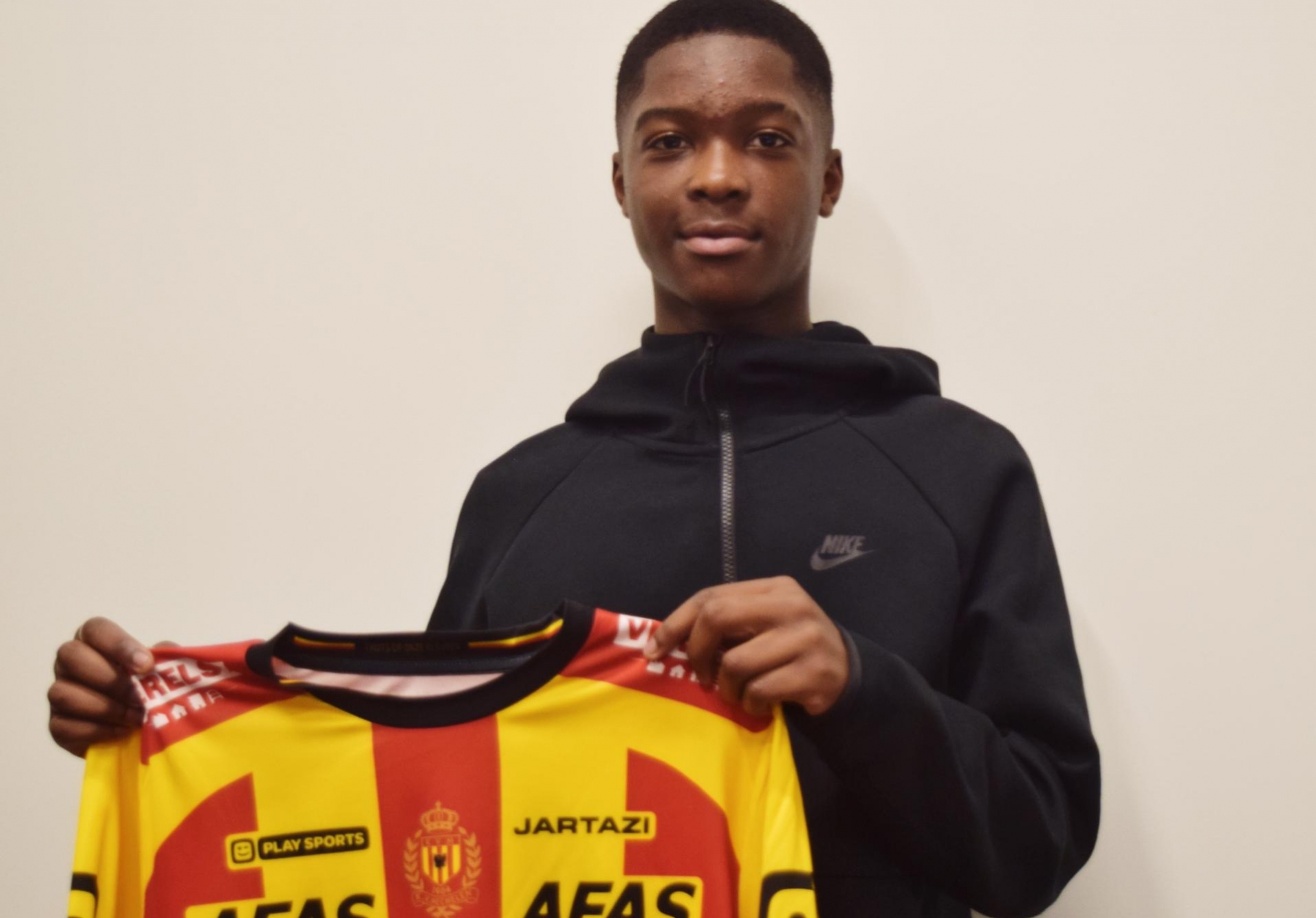 Belgian professional football club KV Mechelen have announced the signing of Ghana’s teeneger Dirk Junior Asare who contributed a lot to the club team B last season, have signed his first professional contracts.

The 17 year old academy product is the son of former Ghana international and  Okwawu United legend, Emmanuel Asare widely known in the football sector as Koeman.
The youngster penned a 3-year deal with the club making it his first professional contract in his football career which will last until  2024.
He has been upgraded to a professional contract, ignoring the fact that his famous father, Emmanuel Asare needs no introduction after demonstrating maturity on and off the pitch with the team.
Credit: Eastern Region FA