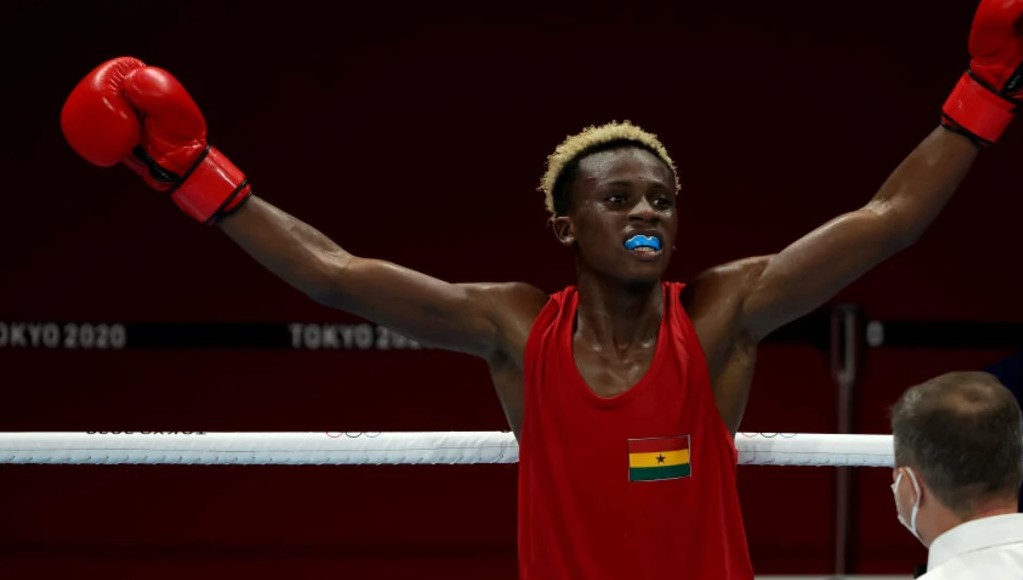 Ghana’s Bronze medalist, Samuel Takyi, has rescinded his decision to go professional and says he is preparing for future competitions.
The youngster was the only African boxer to win a medal at the Tokyo Olympic Games.

He also became Ghana’s first athlete to win an Olympic medal in 29 years.

Takyi also known as the Ring Warrior had revealed in an interview that he was going professional after his Tokyo 2020 heroics.

Speaking in an interview on Happy 98.9FM, Takyi indicated that after consultations with his team, he has decided to

stay amateur for the time being.

“I had wanted to go professional due to talks in town. But after engaging my team, I will continue with amateur boxing. I have many bouts coming up in the future and I want to raise the flag of Ghana high. My focus now is on the Commonwealth Games and probably the next Olympic Games. For now, I will be fighting in the amateur level”, he told Ohene-Bampoe Brenya on Happy Sports.

Takyi also pleaded with the government to support boxing athletes in the country ahead of the Commonwealth Games and future competition.

“I hope the government will give us the needed support in the future.

“We need to go on training tours and also fight different opponents so we will get the needed exposure”, he added.