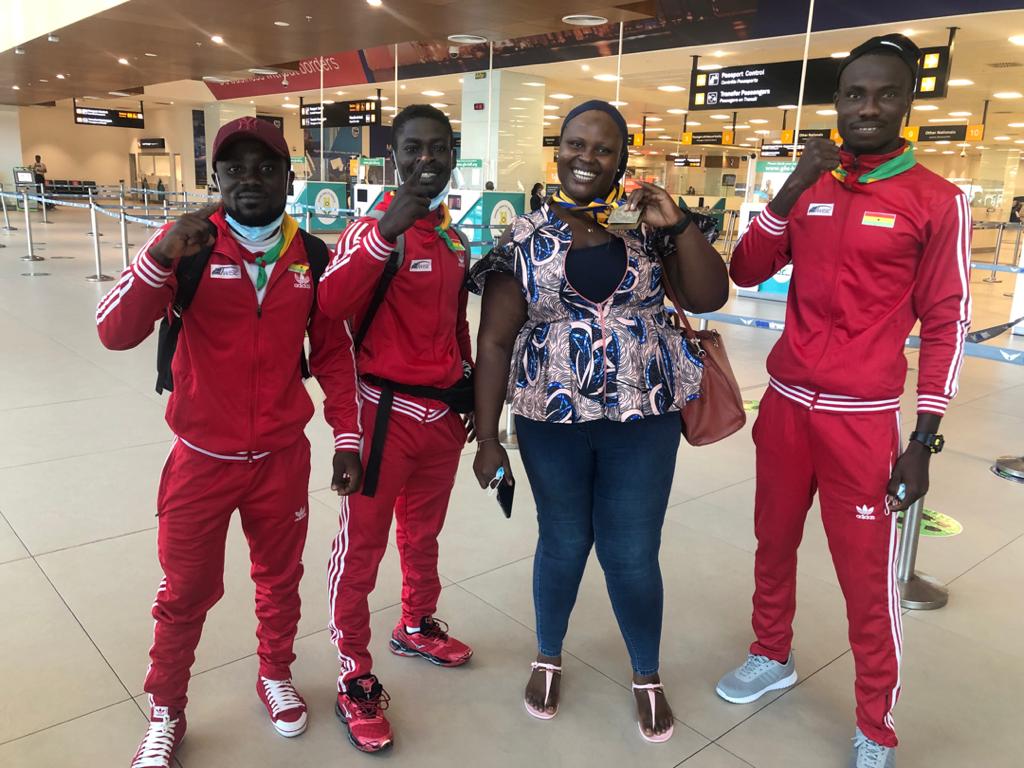 Captain Abdul Malik Adjei, Isaac Dowuona AKA Zongo Fire and Ishmael Lantei Lamptey landed back in Accra on Friday with their respective medals in tow.

For the records, Dowuona who is also a pro boxer, won silver in the lightweight division whilst Adjei and Lamptey both secured bronze in bantamweight and welterweight divisions respectively of the Combat Ju Jutsu International Federation (CJJIF) organised event that saw 32 countries compete.

The three fighters display their medals to Madam Sharkirat Larteef, also Executive Director of PROCSAG at the Kotoka International Airport

“It was a hugely successful participation by our boys, they really made Ghana proud. A lot of the other countries were all openly rooting for us and we are also glad all our fighters won medals,” Mr. Bernie-Johnson told Sportsinghana.com on arrival at the Kotoka International Airport in Accra.

“Turkey, Spain, Germany, they all want to invite us to their tournaments. The world Ju Jutsu President also wants to come to Ghana to come and help organise seminars and training to get support for andthe popularise the sport,” he added.